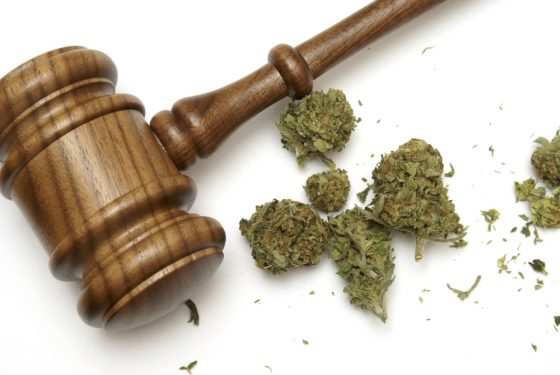 A federal judge on Monday dismissed a lawsuit pitting a diverse cadre of cannabis advocates against Attorney General Jeff Sessions and the Drug Enforcement Administration.

The complaint filed in the Southern District of New York last July challenged the constitutionality of the Controlled Substances Act (CSA) as it pertains to marijuana.

The plaintiffs, including an Iraq War veteran, a child with a seizure disorder and an ex-NFL player, claimed that the CSA’s classification of cannabis as a Schedule I substance — a designation reserved for the most dangerous substances including heroin, LSD and mescaline — is so “irrational” that it violates the U.S. Constitution.

In dismissing the case, Hellerstein took pains to “emphasize that this decision is not on the merits of plaintiffs’ claim[s],” Hiller said, quoting the ruling.

Instead, the judge decided that the plaintiffs were first required to exhaust administrative remedies — petition the DEA to reschedule cannabis, he said.

“Resigning the plaintiffs to the petitioning administrative process is tantamount to a death sentence for those patients who need cannabis to live,” Hiller said in the statement. “The time has come for the courts to abandon decades-old precedent, notched with obsolete legal technicalities, and catch up with modern science and contemporary principles of constitutional law.”

During Feb. 14 oral arguments in the case, the government claimed that the plaintiffs had not petitioned the DEA to reclassify marijuana, the Associated Press reported.

“When agencies are set up to do the very thing that you want me to do, the right thing to do is defer to the agency,” Hellerstein told Hiller.

During the hearing Hillerstein did show sympathy for the plaintiffs’ claims that medical marijuana has helped them.

“How could anyone say that your clients’ lives have not been saved by marijuana?” Hellerstein said.

Hiller on Monday vowed to appeal the decision.

“This case will continue to move forward,” he said “Notwithstanding the outcome today, we remain confident that the final disposition of this case will include a finding that the classification of cannabis under the Controlled Substances Act is unconstitutional – freeing millions of Americans to safely treat their conditions with a plant that maintains their health and their lives.”