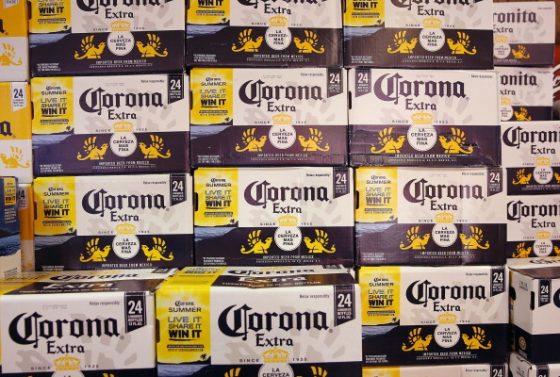 Cannabis is a “big business,” and Constellation Brands has big aspirations in the space, the alcohol beverage company’s president said this week.

“This is very consistent with what our organization has done historically, which is to identify, meet and stay ahead of evolving consumer trends,” Newlands said, according to a transcript of the presentation obtained via Bloomberg.

“Our goal with this organization is to work collaboratively to both understand the cannabis business but also develop unique cannabis-based beverages that will be available around the world as legalities prove those to be an option,” he said.

First up: Canopy’s homeland of Canada.

“Let me remind all of you, cannabis is going to be legal in Canada starting (this year), and we expect the beverages will be legal soon thereafter,” he said, according to the transcript.

Rattling off the numbers of U.S. states that have legalized the medical use and/or the recreational use of marijuana, Newlands stated that by Constellation’s estimate, cannabis is a $50 billion business in America.

“That’s half the size of the beer business,” he said. “That’s pretty big business.”

Newlands was quick to give the caveat that Constellation has no intention of entering into the U.S. cannabis industry unless cannabis is legal “at all levels of government.”

“Cannabis edibles (including cannabis-infused beverages) will not be legal in Canada until 2019,” Caitlin O’Hara, a Canopy Growth spokeswoman said via email to The Cannabist. “That said, we are already preparing for the opportunity to brand and market these products, once federal regulations permit.”