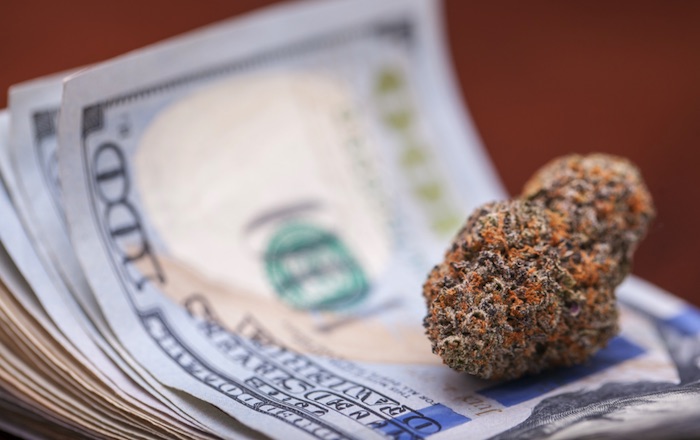 The projected tax proceeds generated by a legal marijuana market could represent a fresh stream of cash to pay down the state’s spiraling liabilities – currently hovering just south of $38 billion.

Sen. Seum’s bill, SB 80, would allow for the possession, growth, use, processing, purchasing, transfer, and consumption of marijuana in Kentucky by adults over the age of 21.

Referred to as a “jobs bill” by Seum in October, SB 80 would legalize the operation of retail marijuana shops, “consumption establishments, cultivation facilities, cannabis testing facilities, and product manufacturing facilities,” according to the bill’s summary.

Sen. Seum rationalized his yearning to legalize recreational marijuana with potential new income, a reduction in Kentucky’s administrative court costs, and a drastic downsizing of its nonviolent prison population.

“I’m looking at adult use because that’s where the money is at. And those states that have just done medical marijuana, it doesn’t generate near the money that adult use does.”

Senate President Robert Stivers (R-25th District) is less than supportive of the legalization proposal and believes the legislation lacks the necessary backing to successfully pass the Republican-led Senate.

The introduction of SB 80 comes on the heels of a medical marijuana bill (HB 166) filed in the Kentucky House of Representatives on Jan. 10.

Safer than Kentucky bourbon for the state’s 4.5 million residents, legalized marijuana enjoys the support of 68 percent of residents in the Bluegrass State.