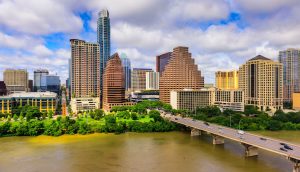 But Texas has no patients just yet, a signal that the state’s elaborate hurdles are blocking consumers from accessing marijuana-derived medicine even if it’s a cannabidiol product low in THC.

“We expected that it’s going to take a while to get off the ground, and that is what’s happening,” said Scott Klenet, a spokesman for Knox Medical, one of three licensed marijuana growers in Texas.

Scott Klenet, a spokesman for Knox Medical,The company has a delivery-only business in Schulenburg, about 75 miles southeast of Austin.

Root of the problem

The drug is available only to people with intractable epilepsy, and two neurologists must sign off and say that traditional treatments have failed before a patient can access CBD.

The finished treatment can’t exceed 10% THC by weight or 0.5% THC, a threshold unique to Texas.

The state does not prescribe a THC limit for cannabis plants grown to produce the treatment.

Texas currently has just 11 doctors who have volunteered to join the registry, a requirement for recommending physicians. That’s a slight improvement from late 2017, when fewer than 10 doctors participated.

Still, when Texas’ CBD program opened for business on Jan. 1, not a single patient was eligible to buy marijuana-derived CBD.

Texas’ CBD patient count may be forever a mystery because of medical privacy laws.

Because marijuana is still listed as a Schedule 1 drug on the federal level, physicians aren’t allowed to prescribe it.

Doctors in states where full-strength medical marijuana is legal can “recommend” cannabis treatments, and those recommendations can be counted and reported to the public.

Texas, however, calls for physicians to “prescribe” CBD, making it a violation of medical privacy laws to report the number of prescriptions.

CBD entrepreneurs in Texas are surprisingly optimistic the market will improve, though.

“I think we’re getting to the point where it’s about to get real,” said Morris Denton, CEO of Compassionate Cultivation, another licensed Texas marijuana grower.

Compassionate Cultivations has a marijuana-derived CBD oil ready for sale, but no patients to sell it to.

“We’re ready to see whether existing regulations are a hindrance or an avenue to getting medicine,” Denton said.

Texas’ cannabis activists say the slow rollout of the state’s CBD law may inspire lawmakers to expand the program when they return to work in 2019.

The Texas Legislature does not meet in 2018, meaning the current law will stand for months.

“While there are plenty of shortcomings to the program, it is still a very exciting time in Texas,” said Heather Fazio, Texas political director for the Marijuana Policy Project.

Fazio pointed out that the Texas House has already agreed to expand patient access, though the changes didn’t make it to the governor’s desk.

She predicted 2019 legislation may expand the number of qualifying conditions.

“We’re looking forward to keeping that momentum up during the interim and updating the program for patients who are being left behind,” Fazio said.