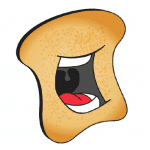 Anyone who has ever suffered from migraines understands that there is very little that will cut through the pain or offer even the slightest snippet of relief. These thunderous reverberations in the head can sometimes last for days, bringing along a wild bunch of symptoms ranging from light sensitivity to nausea. Most common pain relievers are powerless, and it is usually necessary to visit a doctor in order to get this pain under control. But there is some evidence suggesting that marijuana’s non-intoxicating compound cannabidiol (CBD) could be beneficial in the treatment of migraines.

Last year, a study published in Cannabis and Cannabinoid Research found that migraine patients felt better when using CBD oil in conjunction with ibuprofen or nabilone. Another study published in 2016 found that medical marijuana (not CBD oil, alone) was effective in reducing the symptoms associated with migraines. But the scientific community hasn’t really explored the subject of medical marijuana and migraines beyond that. Still, there are a number of anecdotal cases where the herb has proved beneficial for this type of pain.

It is believed that CBD infiltrates the brains and prevent the body from metabolizing a chemical linked to pain regulation called anandamide. As long as there are higher levels of this compound in a person’s system, they are less likely to experience pain. However, some believe it is the anti-inflammatory properties of CBD that have the ability to control calm migraines. Strains typically recommended by dispensary staffers for patients suffering from migraines include CBD dominants, like ACDC and Harlequin.

What makes CBD a fan favorite among the medical marijuana community is it does not have the ability to get the user high. Not only is this particular cannabinoid believed to be the most “medicinal” part of the cannabis plant, it allows working class people and others with a daily agenda to get through the day without being hindered by a head change. What’s more is all derivatives of the cannabis plant have been shown safe for organ function. So, unlike ibuprofen and other over the counter pain relievers, there is zero chance of doing harm to the liver with CBD through misuse.

Until there is more research conducted with respect to medical marijuana and migraines, the only thing a person can do is try it and see if it does the trick. While some people have reported great success with CBD when combating migraines, others have experienced little relief. It also doesn’t hurt to discuss CBD with a medical professional. They should be able to offer some guidance for achieving the maximum benefit.