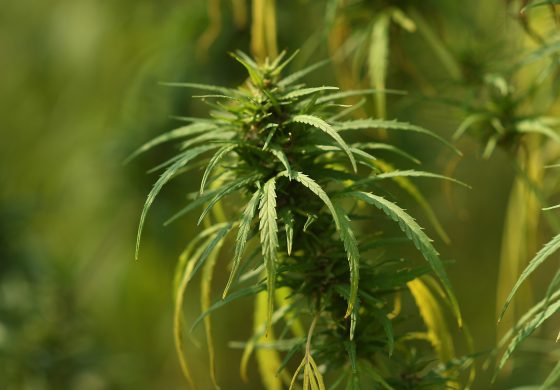 McConnell announced plans to introduce The Hemp Farming Act of 2018, which would remove hemp from regulation as a controlled substance and treat it as an agricultural commodity.

Right now, no state grows more hemp than Colorado, and federal legalization could prove bountiful for growers and those who can farm out their expertise elsewhere.

Currently, hemp businesses across the U.S. operate under a smattering of federal protections — via the Agricultural Act of 2014, better known as the Farm Bill, which expires this year, and via appropriations riders. Those protections are even stronger in Colorado, which established an industrial hemp program in 2013 as a result of voters legalizing adult-use cannabis.

“I think (federal hemp legalization) can be huge because Colorado is already set up in a better situation than any other state,” said Morris Beegle, founder and president of the Colorado Hemp Company.

Hemp, a low-THC cousin of marijuana that was once widely grown across the United States, can be used to produce medicine and to make commercial items such as food, car parts, bio-fuels, animal feed and textiles.

In a few short years, hemp has become a bigger crop in Colorado than some of the state’s more notable agricultural products such as pinto beans, Palisade Peaches and Rocky Ford melons.

Under current regulations, hemp-based products are expected to generate $1 billion in revenues this year and grow to $1.7 billion by 2020, according to New Frontier Data, a cannabis data and analytics firm that recently acquired Denver’s Hemp Business Journal.

The hemp industry in Colorado and elsewhere is only scratching the surface, said Eric Steenstra, president of Vote Hemp, the U.S. Hemp Industries Association’s lobbying arm.

The current federal provisions have been left open to interpretation by some federal agencies, such as the Drug Enforcement Administration and the Food and Drug Administration, he said.

As such, some market activity has been chilled. Banking has been limited, products have been seized and legal challenges have ensued.

Major companies are sitting on the sidelines, Steenstra said, noting that he’s seeing some movement in industries such as the natural products sector. He noted how this year’s Natural Products Expo West featured dozens of new hemp-derived products, such as those rich in cannabidiol, or CBD.

“We’re starting to see that happening, and I think this is the thing that we need to really break through on that,” he said.

By Steenstra’s estimates, hemp could easily be one of the nation’s biggest crops in 20 years.

“I would say that Colorado’s going to continue to be on the forefront of the hemp industry,” said Tim Gordon, who serves as president of the Hemp Industries Association’s Colorado chapter and president of Functional Remedies, a Boulder-based CBD oil company. “We’re just seeing what I call the initial swim lanes of the industrial hemp industry coming to fruition.”

And while Colorado might not be able to maintain the pace of other ag-heavy states, it certainly could establish itself as a leader in intellectual capital and aspects such as hemp-derived CBD products, he said.

McConnell’s support should come as no surprise to hemp industry brass.

When Kentucky Rep. James Comer introduced the Industrial Hemp Farming Act last summer, it was anticipated that McConnell could spearhead companion legislation in the Senate.

Hailing from hemp-friendly Kentucky, McConnell has worked behind the scenes on hemp-centric legislation since the 2014 Farm Bill, said Jonathan Miller, general counsel for industry lobbying firm the U.S. Hemp Roundtable.

“Even though we had been expecting it, it doesn’t diminish our excitement that it’s happening,” Miller said. “To have the most powerful legislator in the country to make such a pronouncement, it cannot be underestimated.”

The language of McConnell’s bill has yet to be released, but the expectation is that the wording should clearly protect all parts of the plant and their byproducts, including derivatives and extracts, Miller said.

Hemp’s backers include some of the most vocal marijuana supporters in Congress, including Reps. Jared Polis, D-Colo., and Earl Blumenauer, D-Ore., Miller said.

“It’s only a matter of time marijuana will pass through Congress,” he said. “But right now, the time is ripe for hemp.”

Some Colorado cannabis advocates, however, are concerned about the decoupling of one cousin of the Cannabis sativa L. plant from the Controlled Substances Act while leaving the other cousin marijuana as a controlled substance.

“The rest of the industry is very leery about leaving one on and taking one off,” said Veronica Carpio, who heads advocacy organization Grow Hemp Colorado.