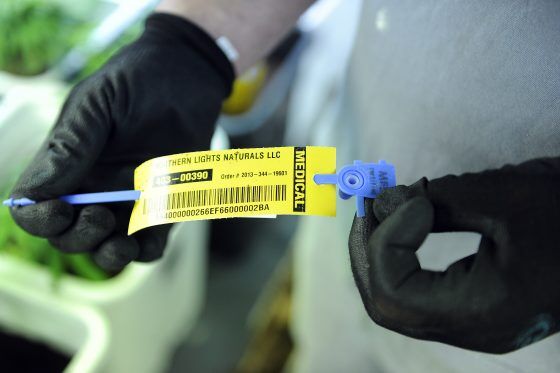 Colorado will stick with the familiar when it comes to tracking marijuana from seed to sale.

“Given our positive experience with METRC and Farnwell, it made sense to stick with them,” Michael Hartman, executive director of the Colorado Department of Revenue, said in an interview Tuesday.

Colorado has worked with Franwell since 2011, when it hired the supply chain technology company to develop a tracking system for the medical marijuana industry. The state reactivated the contract in 2013 to apply the system, which tracks marijuana by radio-frequency tag, for the recreational program that would take effect in 2014.

Five years later, state officials said they considered opening up the contract to outside bids, but opted instead to remain with Franwell, given highly publicized troubles of competing systems implemented by other states, Hartman said.

“For the safety and security of the marketplace, it makes sense to go down this path,” he said.

Colorado, however, will split out aspects of the seed-to-sale system contract — the provisioning of the RFID tags and the industry training and support services — into two separate, no-cost contracts.

For now, Franwell holds all three contracts, Hartman said, adding that state officials saw a potential future scenario in which those two contracts could be awarded to other vendors.

The reason Colorado elected to sole-source the METRC contract, is because Franwell is the only vendor able to provide ongoing maintenance and support of its own proprietary system, as well as licensing and hosting services for METRC, which is currently in use by every licensee in the licensed, commercial marijuana industry, officials for Colorado’s Marijuana Enforcement Division said.

Franwell has received $898,863 in state funds from Colorado since its first contract in 2011, she said.

Officials for Franwell could not be immediately reached for comment.

New tracking technology could potentially be developed during the term of the contract as a result of state legislation.

A bill was introduced earlier this month in the Colorado legislature to require Colorado State University – Pueblo researchers to develop marijuana tracking technology. Senate Bill 18-029 would allow for the scanning technology to be made available to law enforcement and the Colorado department of Revenue for purchase.