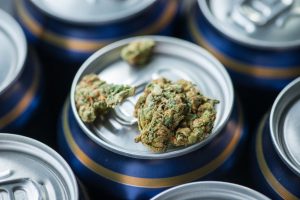 With the rise of medical marijuana in the United States, alcohol businesses have taken a hit.

And the two very well may be correlated, according to a new study.

The findings, from researchers at two U.S. universities and one in Peru, found a 15% monthly drop in alcohol sales between 2006 and 2015 in states that have adopted MMJ, Forbes reported.

“The overall conclusion of the study is marijuana and alcohol are strong substitutes for each other,” Forbes reported.

If that’s true – as many in the cannabis industry already believe – then that could provide even more incentive for alcohol companies to elbow their way into the marijuana trade, as Constellation Brands has already done.