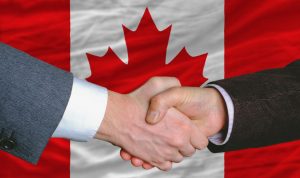 A hostile takeover attempt turned friendly Wednesday when two of Canada’s largest marijuana producers agreed to bury the hatchet and combine their operations to become one of the world’s largest cannabis companies.

The acquisition is the world’s largest to date in the marijuana industry.

It will create the second-largest marijuana company in the world with combined quarterly sales of CA$13.02 million; but it will be the biggest in terms of market capitalization, valued at CA$7.6 billion — just ahead of Canopy Growth’s CA$6.7 billion.

In connection with the merger, CanniMed will scrap its agreement to buy marijuana producer Newstrike Resources and will pay the Toronto-based company a CA$9.5 million breakup fee.

Combined, Edmonton-based Aurora and CanniMed will have paid-for capacity of over 130,000 kilograms (286,601 pounds) of annual production,including current facilities and facilities under construction.

Analysts suggest that deals of this size could be a “one off” for the time being, given the stratospheric rise seen in marijuana stock prices over the past few months.

Cannabis stocks have seen astronomical growth since Aurora launched its bid to buy CanniMed in November, likely complicating the transaction.

Aurora’s shares have more than doubled in the past two months, while CanniMed’s stock has almost tripled.

The deal is expected to close in the second quarter.

Aurora, CanniMed and Canopy are traced on the Toronto Stock Exchange under the symbols ACB, CMED and WEED, respectively.