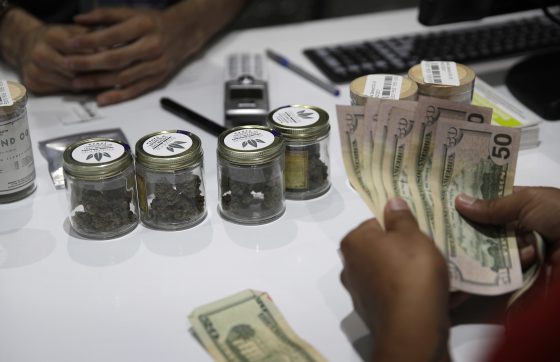 A bill advancing through the Colorado legislature would open the doors for out-of-state individuals and publicly traded companies to invest or have ownership interest in state-licensed cannabis businesses.

House Bill 1011, “Marijuana Businesses Allow Publicly Traded Owners,” on Wednesday passed the House Finance Committee on a vote of 8 to 5.

Bill co-sponsors and proponents earlier in the week touted the proposed law change as a necessary means for Colorado’s cannabis businesses to remain competitive. Colorado may have been a trailblazer in regulating adult-use cannabis sales, but its homegrown businesses are being left in the dust as the industry goes global.

“We’re at a point where we’re actually behind the curve,” said Rep. Dan Pabon, D-Denver, Wednesday, when addressing the Finance Committee.

More than a dozen medical and recreational cannabis states have allowed for out-of-state investors or publicly traded companies and, as such, are seeing more investment capital flow to their industries, said Pabon, who co-sponsored the bill with Rep. Kevin Van Winkle, R-Highlands Ranch, Sen. Tim Neville, R-Littleton, and Sen. Cheri Jahn, U-Wheat Ridge.

The bill expands on a 2016 law that allowed limited out-of-state investment in Colorado’s cannabis industry.

Andy Williams, a Colorado cannabis entrepreneur, spoke in favor of the bill during the public comments phase on Monday evening.

Also speaking in favor of the bill was Kristi Kelly, of the Marijuana Industry Group.

Not all Colorado cannabis businesses are necessarily on board with the move. Meg Collins, vice president of public affairs for Good Chemistry, a cultivator and retailer of cannabis, said Good Chemistry has taken a “neutral” stance. On Monday, she urged caution.

Collins said the topic “is an important conversation” to have about the marijuana industry’s future, but should be considered in light of the ongoing uncertainty of state-based marijuana programs while marijuana remains illegal federally.

“This sweeping, material change in our regulations could significantly increase the risk of federal scrutiny,” Collins said. “Our industry does not reside in a bubble.”

The legislation also could potentially increase the risk of “bad actors” entering the market, she added.

On Wednesday, the bill was amended to require increased reporting requirements for publicly traded companies to the Colorado Marijuana Enforcement Division.

As deliberations continued Wednesday, committee member Rep. Adrienne Benavidez, D-Commerce City, expressed concern that penny-stock companies would enter the market. Companies that trade over-the-counter on the OTCQB exchange do not have as robust reporting requirements as those that trade on the OTCQX, she said.

Benavidez, who ultimately voted against the bill, said she would support it with added restrictions for OTCQB companies.

The bill now heads to the House Appropriations committee.