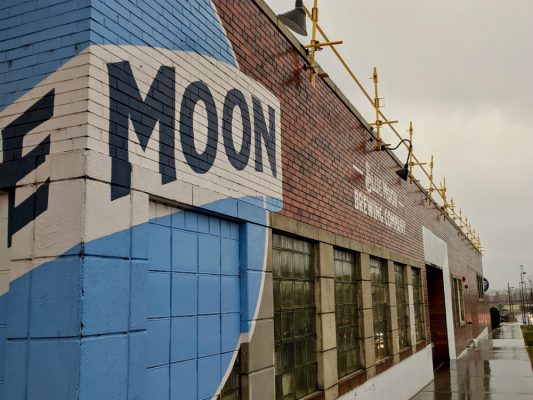 So his new suds sub out alcohol for THC.

“I’ve been seeing firsthand where consumers are drinking less and less beer” and opting instead for wine, spirits, sparkling water or even cannabis, said Villa, who retired in January from a 32-year brewing career with MillerCoors “This is an alternative to regular, alcoholic craft beer.”

The firm specializes in tailoring cannabinoid extracts and formulations for firms launching cannabis-infused consumer products or medicines. CEO Jon Cooper told The Cannabist he started ebbu to solve a vexing issue for cannabis consumers: The Blue Dream they were buying from one
dispensary could generate wildly different sensations than the Blue Dream bought at the next shop down.

The company’s recent breakthroughs in cannabinoid infusions delivering consistent and specific sensory experiences “really gives a person control over the experience that they’re having,” he said.

On its face, Ceria will look much like a craft brewer. Villa will develop a couple of types of beer — likely an American-style light lager, perhaps an imperial IPA, and most definitely a Belgian-style wheat — and then put them through a de-alcoholization process.

The alcohol-free suds will then be sent to a licensed cannabis manufacturing facility where they will be infused with a proprietary formulation of water-soluble cannabinoids. From there, the brews can be shipped to licensed dispensaries.

While cannabis beverages currently represent a sliver of the market share of state-legal marijuana products, sales of infused colas and waters have steadily increased. During the first six months of 2017, cannabis beverage sales in Colorado, Oregon and Washington totaled $13 million, up 26 percent, according to BDS Analytics.

It remains illegal for alcoholic products to contain marijuana or certain parts of the hemp plant, leaving brewers to come up with crafty solutions.

Though Villa said he was initially anti-legalization, he came around and has been dabbling with the concept of cannabis-infused beers since Colorado launched legal sales of adult-use marijuana in 2014.

“As a beer professional, it really opened up a lot of ideas,” he said.

Villa delved into researching the cannabis, a cousin of the hops plant, and started some off-the-clock experiments. The resulting brews had to be kept under wraps and completely separate from his work at MillerCoors lest he lose his brewmasters license for adding a Schedule I substance into a federally regulated alcohol product.

Ceria plans to start selling its beers in Colorado by the end of the year and is targeting licensing arrangements in other adult-use markets such as California, Massachusetts, Nevada and Oregon for 2019.

“As the legal landscape changes in Canada and evolves in the U.S., we are working actively to understand the impacts on our business, if any, and the range of appropriate responses in the interests of our company and our stakeholders,” Colin Wheeler, a Molson Coors spokesman said in February. “We’ll take our time and get it right, consistent with our values as a company and our commitment to responsibility.”