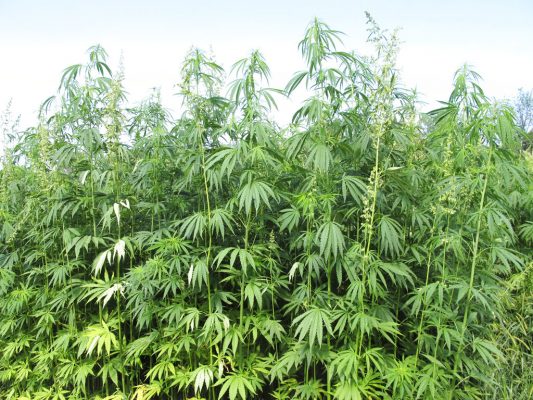 For centuries, humans used the hemp plant for a wide variety of purposes.

Its fibers were spun into cloth more than 10,000 years ago. Today the fast-growing plant has many industrial uses, from clothing and paper to biofuel and plastics_even food for both people and animals. There’s just one problem: It’s difficult to grow the stuff legally in this country.

You see, hemp has a close relative — marijuana — that is illegal under federal law. And even though industrial hemp has little of the psychoactive component present in pot, the U.S. government has thrown up roadblock after roadblock to deter its cultivation on any great scale.

Some states have allowed expanded hemp production since the legalization of medical and recreational marijuana, but the industry overall is quite small compared to its potential.

That may change. And it could be good for our area.

U.S. Senate Majority Leader Mitch McConnell plans to introduce a bill that would “finally legalize hemp as an agricultural commodity and remove it from the list of controlled substances.”

This has been a pet cause of the Republican lawmaker since his home state of Kentucky was once the nation’s leading hemp producer.

In our view this is a fine idea.

Hemp has many uses and the economic possibilities have a lot of promise. Being allowed to grow the crop would be good news for America’s farmers — including those here in the Four States Area. McConnell’s proposal would also help those who produce a wide variety of products from hemp by drawing a clear distinction between legal hemp and illegal marijuana. That would in turn open doors to finance and distribution. Maybe with the right encouragement some of those producers could start up or relocate here, bringing needed jobs.

No one is talking about going soft on marijuana here. This is simply an economic opportunity based on reality rather than overreaction. We hope Congress pays attention.