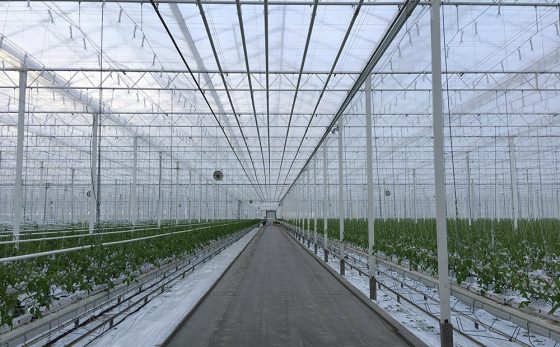 Canadian officials have green-lighted a plan to convert a gargantuan tomato greenhouse for cannabis cultivation.

“Growing any agricultural crop on a large scale and repeatedly delivering expected quantities and consistent quality, with full regulatory compliance, at a competitive price is an extremely challenging proposition for even the most experienced agricultural producers,” Michael DeGiglio, Village Farms’ chief executive officer, said in a statement. “The goal is for the Joint Venture to set the standard in this regard in the Canadian cannabis industry and establish itself as a preferred supplier for both the short- and long-terms.”

The companies plan to immediately start growing cannabis in the Delta, British Columbia, greenhouse and set expectations to receive the sales license by July 1, 2018.

The facility that’s the size of about 19 football field is “conservatively” expected to produce 75,000 kilograms, or about 165,350 pounds, of cannabis annually.

And 1.1 million square feet of cannabis cultivation is just the beginning.