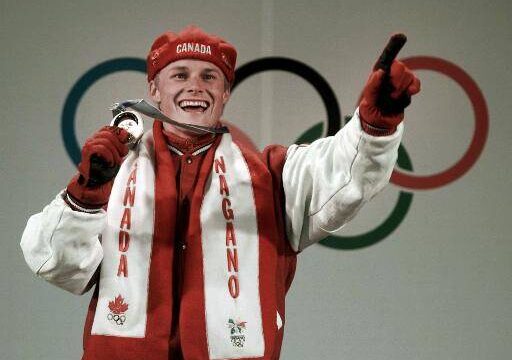 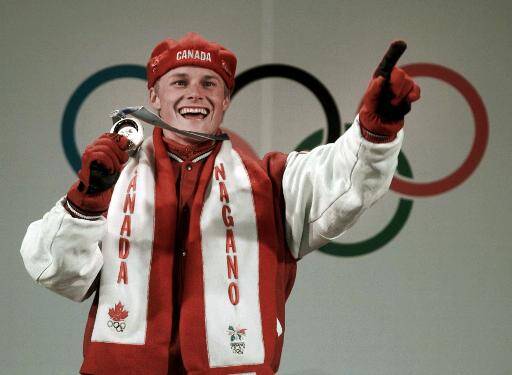 The New Year didn’t just usher in a new era of legal adult-use marijuana in California. It also marked the end of prohibition of the cannabis compound cannabidiol in world sport.

In late September, the World Anti-Doping Agency (WADA) announced it would remove cannabidiol from the prohibited substances list. The ruling by the agency which develops the drug code upheld by more than 660 sports organizations, including International Olympic Committee (IOC) and U.S. Anti-Doping Agency (USADA), went into effect Jan. 1.

The move overturns part of what the New York Times called the Ross Rebagliati Rule — the 1998 blanket ban on marijuana in Olympic competition instituted after the Canadian snowboard Gold Medalist tested positive for trace amounts of marijuana at the 1998 Nagano Winter Olympics.

Removing CBD from the banned substances list is a step in the right direction for international cannabis reform, Rebagliati told The Cannabist. If WADA and the IOC move away from prohibition, other countries may follow suit and consider cannabis reform at home, he said.

The Canadian snowboarder was stripped of his gold medal, but the IOC’s decision was overturned by the Court of Arbitration for Sport because there was no clear provision for marijuana testing during the Nagano Games. Rebagliati has since taken up “the cannabis torch” and in 2013 he founded Canadian medical marijuana company Ross’ Gold.

“You can’t win all the votes, but we can definitely help lead the way to cannabis reform at an international level if we can get these international associations to start recognizing the benefit (of cannabis),” he said.

CBD is a non-psychoactive cannabis compound that has been highly touted for its potential medicinal benefits. I has attracted national attention for its claimed ability to reduce seizures for some patients. Some athletes, including a cadre of ex-NFL players and mixed martial arts star Nate Diaz, have praised its potential to treat inflammation and joint and muscle pain.

Indeed, while bans on cannabinoids in international sport may have been instituted after Rebagliati’s 1998 ordeal, the removal of CBD from WADA’s prohibited list may be attributable to ultimate fighter Diaz.

He earned a warning from USADA in August 2016 for boldly puffing on a vape pen packed with CBD oil following his fight with Conor McGregor at UFC 202 in Nevada.

“It helps with the healing process and inflammation, stuff like that,” Diaz told the assembled media. “So you want to get these for before and after fights, training. It’ll make your life a better place.”

CBD is one of the most effective substances for treating inflammatory issues, aches and pains caused by the physical punishment world-class athletes must regularly endure to train and compete at a high level, Rebagliati said.

“Athletes love it,” he added.

Because CBD and other extracts derived from marijuana and hemp are illegal under U.S. federal law there’s not a lot of peer-reviewed studies about the efficacy of CBD for those issues facing athletes. Stateside, the Drug Enforcement Administration has consistently said it considers CBD to be a schedule I controlled substance, meaning it has no medical benefits. In Canada, CBD is a Schedule II substance available with a prescription; the country is preparing to legalize marijuana nationally this summer.

On the international stage, the World Health Organization’s Expert Committee on Drug Dependence determined in December that, for now, CBD should not be subject to international drug scheduling and  announced plans to undertake a fuller review of cannabidiol in 2018:

While CBD is no long prohibited in international sport, the psychoactive THC compound in cannabis remains banned, WADA emphasized. “Cannabidiol extracted from cannabis plants may contain varying concentrations of THC,” the agency warned in the announcement.

Both the IOC and the U.S. Olympic Committee declined requests by The Cannabist to comment on the removal of CBD from the WADA banned substances list.

While he doesn’t personally know any of the athletes prepping to depart for South Korea, a number of elite athletes have confided in Rebagliati their cannabis use, and the Olympian-turned ganjapreneur doesn’t expect many athletes to step out of the cannabis closet at this year’s Winter Olympics.

For starters, cannabis in all forms is illegal in South Korea.

But even with CBD’s removal from WADA’s banned substances list, cannabis consumption remains a “tricky subject,” for elite athletes in countries and U.S. states, even where it’s legal, Rebagliati said.

“A lot of well-known athletes also have pretty big endorsement deals and are making a fortune off of those deals,” he said. “They have no advantage to come forward about their cannabis use.”