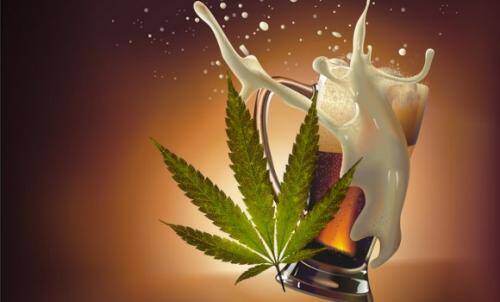 DENVER — The inventor of Blue Moon beer is launching three marijuana-infused drinks that promise intoxication without the alcoholic headache.

The drinks, served chilled and initially only available in Colorado this fall, will contain no alcohol but will instead be infused with special marijuana formulas designed to mimic the effects of booze. Its developers say the drink will “hit” the user at the same pace as if they were drinking a beer.

Marijuana-infused foods typically take at least an hour to kick in, making it harder for consumers to accurately dose themselves.

“This is really about brewing great beers that beer drinkers love,” said Keith Villa, who developed Blue Moon Belgian Wheat and worked for MillerCoors for 32 years. “You’d just swap out an alcoholic beer for one of our beers.”

Several other companies offer cannabis beer, but they all lack the psychoactive compound, THC. Instead, they’re infused with hemp extract to give them a marijuana taste — and helps them grab headlines. Federal law prohibits brewers from using marijuana in their beers.

Villa’s “beer,” because it lacks alcohol, skirts that federal ban, even though marijuana itself remains federally illegal. [Read more at USA Today]