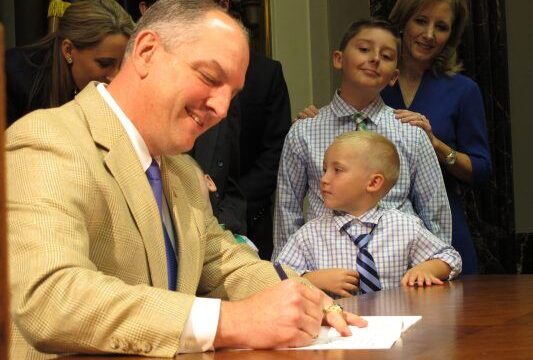 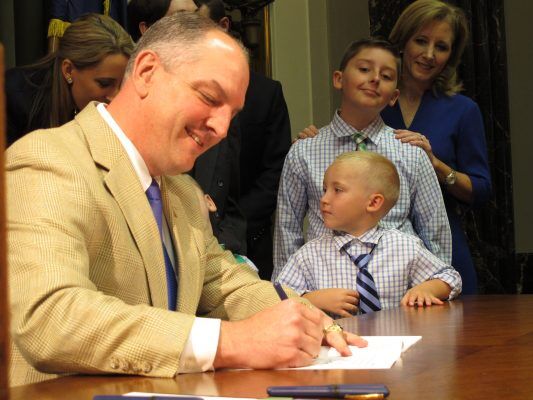 By Melinda Deslatte, The Associated Press

In a letter sent Tuesday to the White House, Gov. John Bel Edwards asked the president to “ensure the safe distribution of this life-changing form of treatment” without threat of federal prosecution.

The Democratic governor’s letter came after U.S. Attorney General Jeff Sessions announced last week he was ending an Obama-era policy that kept federal authorities from cracking down on legalized marijuana.

Louisiana officials have been trying to understand what U.S. Attorney General Jeff Sessions’ dictate on federal marijuana prosecutions could mean for the state’s burgeoning medical marijuana program, but they’re not slowing plans aimed at having product available to patients by summer.

Agencies are seeking further guidance from the federal Department of Justice on whether Sessions’ decision will impact states with medical — not recreational — marijuana sales.

“We’re carefully moving forward,” said Ashley Mullens, with the LSU AgCenter, which will oversee one of the two growing operations in the state. “Because we are strictly medical, we’re hoping that we are not a state that they are going to target. We feel like what we’re doing is still serving the patients of Louisiana.”

“Since our approach is consistent with the Attorney General’s announcement, we do not anticipate a significant change in the federal enforcement of marijuana activities in this district,” Amundson said in a statement.

Forty-six states have legalized some form of medical marijuana in recent years, according to the National Conference of State Legislatures. A legal protection still exists for medical marijuana growers, processors, sellers and users in the form of a temporary congressional measure that prohibits the U.S. Department of Justice from using government funds to target them.

In Louisiana, only the agricultural centers at LSU and Southern University are allowed to grow medicinal-grade marijuana — in accordance with reams of regulations overseen by Agriculture Commissioner Mike Strain’s department. Both schools have selected their vendors to run the growing operations.

Mullens said LSU hopes to have the growing facility ready in March, with product available by the summer. It’s unclear when the company hired by Southern expects to have its medical-grade cannabis ready for sale. But both agricultural centers are continuing their operation start-up without disruption by Sessions’ decision.

Louisiana’s law, passed in 2015 and tweaked again in 2016, allows use of medicinal marijuana for people with cancer, a severe form of cerebral palsy, seizure disorders, epilepsy, muscular dystrophy and other specific diseases. Marijuana can be available in medicinal oils, pills, sprays and topical applications, but cannot be sold in a form that can be smoked.

Doctors won’t issue a prescription, but instead a “physician recommendation form,” a legal nuance aimed at keeping doctors from jeopardizing their medical licenses because federal law prohibits prescribing marijuana. A handful of doctors have applied for — and received — permission to dispense medical marijuana once it’s available.

No dispensing pharmacies have yet been selected, and the number allowed under the law is capped. The Board of Pharmacy has indicated it intends to issue one permit in each of the nine state-designated health care regions later this month.

The entire program faces a legislative review after it gets up and running to determine if it will exist beyond Jan. 1, 2020.