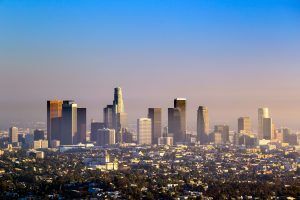 The honeymoon is over for Weedmaps and California’s gray-market marijuana businesses.

Sacramento authorities recently sent their own cease-and-desist letter to the company over the same issue.

Weedmaps is one of the industry’s most successful online advertising platforms for cannabis retailers and delivery services, and it hosts ads for thousands of such businesses across the globe, including at least several hundred in California.

The letters – and Weedmaps’ upcoming response – could have significant ramifications for the California market, where competition is becoming heated between licensed operators that are paying local and state cannabis taxes and unlicensed dispensaries, medical collectives and delivery businesses that can undercut them on price by not paying taxes.

Regulators also accused the company of “aiding and abetting in violations of state law.”

Weedmaps did not immediately respond to a request for comment, and the company previously declined to specify to Marijuana Business Daily how many cannabis retail ad listings it has in California.

The bureau isn’t alone in blowing the whistle on Weedmaps.

The city of Sacramento’s Office of Cannabis Policy and Enforcement sent its own cease-and-desist letter to Weedmaps as well as a  local newspaper, the Sacramento News & Review, which was carrying ads from unlicensed businesses. The Sacramento Business Journal reported those letters Tuesday.

Joe Devlin, the Sacramento agency’s chief, told MJBiz Daily that Weedmaps had not yet responded to his department, which sent Weedmaps the letter Feb. 7.

“I know that they’re violating the law and wish they would stop, and so does pretty much every other person who has my job in cities up and down the state,” Devlin said.

Alex Traverso, a spokesman for the Bureau of Cannabis Control, said Wednesday that his agency is in talks with Weedmaps.

He added that the possible penalties referenced in the letter “are not yet specified, but they, when determined, can be administered by law enforcement or by (the) bureau.”

Weedmaps is a significant driver of customers for retailers.

Many of those licensed retailers have been making their case known for enforcement, even tipping off the bureau to illegal dispensary competitors, Traverso told MJBizDaily.

“Anybody that opens up a dispensary, the first thing they think about is, ‘We’ve got to get listed on Weedmaps and we’ve got to pay them for a gold listing.’”

Bulbulyan – who serves on a state cannabis advisory panel – said he knows Weedmaps has been trying to avoid this situation for months and that the situation came up during conversations with state regulators last year.

“They’ve actively been trying to push it off,” Bulbulyan said of Weedmaps. “I think this is the first time they’ve formally been put on notice.”

The financial hit to Weedmaps’ bottom line could also be “easily millions,” Bulbulyan said, given that its primary business model is based on advertising revenues that range up to tens of thousands of dollars a month for a single retailer.

“The city of L.A. alone – up until Jan. 1 and to some degree recently – had about 1,300 dispensaries, a couple thousand cultivators, manufacturers, distributors, and that was just the city of L.A.,” he said.

“Now you’re talking about the entire state having less than 2,000 temporary licenses issued.”

The bureau’s letter to Weedmaps noted that California law mandates that any online advertisement of a marijuana business must include that company’s state license number, a rule Weedmaps has not complied with.

The Weedmaps letter is in addition to more than 900 cease-and-desist orders the Bureau has sent to unlicensed plant-touching companies, Traverso wrote in an email Tuesday to MJBizDaily. That’s up from about 500 two weeks ago.

The bureau’s letter also noted that Weedmaps could face “civil penalties for each violation.” That could conceivably mean a fine for each unlicensed business advertisement.

That’s in addition to lost revenue from unlicensed businesses that will probably pull their ad listings after they learn the state is using the site to track down unlicensed operators, Bulbulyan said.

And compliance with the bureau’s letter will likely contribute to the company’s financial losses.

“If I had to take a guess, based on what I know and who pays them and who they advertise for, I’d say 70%-90% of (Weedmaps’) revenues are going to dry up,” Bulbulyan said.

“They are big enough, and hopefully they have enough reserves where they are going to be able to survive and sustain, but they leave themselves open for other companies to come in.”

The Weedmaps news comes on top of a policy shift by the company’s primary competitor, Seattle-based Leafly, which also runs an online locator for dispensaries and delivery services.

Leafly announced in early February that, as of March 1, it would no longer advertise unlicensed California MJ companies because of state law.

On Tuesday, the company’s CEO, Chris Jeffery, told MJBizDaily it had already dropped about 750 listings as part of the shift, leaving the business with about 300 California listings.

“It wasn’t substantial,” Jeffery said when asked how much of a hit to its revenue Leafly had taken due to the switch.  “It’s less than a few percentage points of the worldwide listings that we have.”

Still, Jeffery noted that many of those dropped accounts will likely return, since plenty of companies in California are still wading through red tape to obtain a state business permit.

Once many of those companies get licensed, he thinks they’ll be back as paying clients.

“Some of these folks are getting their licenses, and obviously we’ll work with them to get back on the site when they do get their licenses,” Jeffery said.