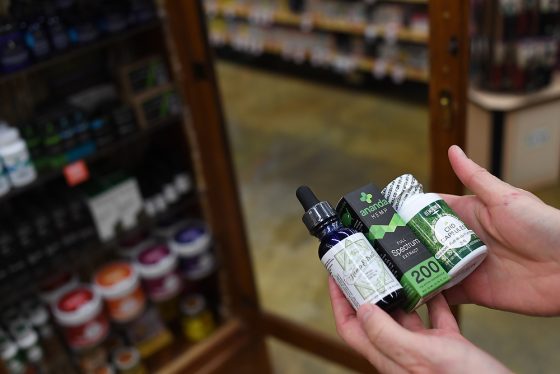 A bill that would allow physicians to prescribe a form of medical marijuana to patients suffering from a variety of serious diseases seems headed toward passage Thursday on the floor of the Virginia House of Delegates, and both Republican and Democratic sponsors say they believe it will become law.

The legislation would permit the use of non-hallucinogenic marijuana or cannabis extracts known as cannabidiol oil or THC-A oil for any diagnosed condition or disease.

The oils come from a part of the cannabis plant that does not contain high levels of THC, which is the chemical that produces a psychoactive response.

Similar bills have failed for years in the state legislature, although a more narrow statute passed in 2017 allows Virginians to use the cannabis oils to treat “intractable epilepsy.”

“This allows another option for residents of Virginia, and it does provide some assistance for pain management and may give people an alternative to . . . opioids,” said Del. Benjamin Cline, R-Lexington, the chief sponsor of the bill.

Peer-reviewed scientific studies indicate that the oils can reduce nausea and alleviate pain, and also may slow the growth of and kill some cancer cells.

Seventeen states, including Virginia, allow limited use of marijuana products for a narrow range of diseases, according to the National Conference of State Legislatures.

But the Virginia law signed last year by then-Gov. Terry McAuliffe, D, does not provide any way for the drug to be produced in the state or for patients to secure a doctor’s permission to obtain it.

If the more expansive bill passes, Virginia would seek requests for proposals for five growing and distribution facilities sometime this spring or summer.

Patients and physicians would be required to register with the state Board of Medicine to have access to the oils.

Launching a medical marijuana industry can be both time-consuming and lucrative. It took Maryland four years to license growers, producers and retail sellers before opening its first medical marijuana dispensaries late last year.

The increased legalization of medical marijuana – including in Guam and Puerto Rico – reflects a shift in public opinion on marijuana itself: In 1969, 84 percent of Americans thought the drug should be illegal, the Pew Research Center said. By 2017, only 37 percent agreed.

Del. Eileen Filler-Corn, D-Springfield, chief co-patron of the Virginia bill on the Democratic side, said she’s been working on the proposal for four years, ever since she was approached by a family in her district about the difficulty of controlling their daughter’s seizures. The family was so frustrated with the slow pace of change that they temporarily moved to Colorado to have legal access to the drug.

Another child whose family was seeking access to marijuana oil had a seizure in the hearing room during a hearing on one of the bills, Filler-Corn said.

“It is a huge, huge deal, especially for people with epilepsy, multiple sclerosis, Crohn’s disease or cancer,” Filler-Corn said. “Things happen very slowly in the legislature, and this was an educational process. It took time and education and a tremendous amount of energy and passion on the part of the families.”

Bills by state Sens. Adam Ebbin, D-Alexandria, and Barbara Favola, D-Arlington, that would have decriminalized marijuana possession and reduced penalties for its distribution failed in committee this year.

Lawmakers said they believe the medical marijuana bill has gained enough support to pass because of the lobbying efforts by families and individuals, the growing number of peer-reviewed scientific studies supporting medical marijuana, and the increased number of states that have made it legal.