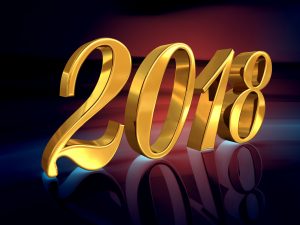 (This is the first installment in a series that chronicles the pioneering Berkeley Patient Group’s challenges and successes in transitioning from California’s unregulated marijuana market to a statewide regulated industry.)

California’s conversion from a two-decades-old medical cannabis gray market to a regulated marijuana industry isn’t going to be easy for companies that are set in the ways they’ve been doing business for years.

In fact, it’s probably going to be downright painful, considering the extra expenses required to become fully compliant and obtain all the necessary permits.

It’s a pain that likely will be endured by thousands of MJ businesses across the Golden State, including the nation’s longest-operating medical marijuana dispensary – Berkeley Patients Group, which opened its doors to cannabis patients in 1999.

BPG is among the few MJ companies statewide that will actually be selling recreational cannabis come Jan. 1, since only a handful of local governments have so far issued licenses or even opted into the rec cannabis industry.

The city of Berkeley is among that handful, however, so Marijuana Business Daily asked BPG’s COO, Sean Luse, to share his insights on some of the more significant issues associated with the transition to a regulated market.

Luse identified the following areas as the triumvirate of California business headaches in the lead-up:

‘Sprint’ to the start

The most obvious challenge for all California hopeful MJ business licensees is compliance with new state regulations.

The rules were just released in November, which gives companies like BPG a short time in which to reach full compliance by Jan. 1.

“That six-week sprint of digesting all these regulations and making sense of it with local government, that’s probably the hardest part,” Luse said. “If we just had more time, this would all go easier. But we don’t.”

Asked to specify areas of the regulations that are giving BPG compliance issues, Luse pointed to:

A big concern about edibles, Luse said, is whether retailers will be allowed to sell 2017 inventory that may not be compliant with new regulations to both medical and recreational customers, or if higher-potency edibles (over 100 milligrams per package) will be available only to medical cardholders.

In terms of purchase limits, there’s no obvious answer to how a retailer like BPG is supposed to keep track of who has already purchased an ounce on a given day, since that’s the maximum an adult-use customer will be allowed to buy.

“What we really need to do to guarantee that that’s happening doesn’t seem clear,” Luse said.

“I think you have a consumer expectation for anonymity, but how do you do that and also make sure that they’re not getting more than an ounce in a day?”

BPG is currently installing MJ Freeway’s inventory traceability and point-of-sale system, which in July will be used to upload six months of transactions to California’s METRC tracking program.

But it’s unclear whether the two will be completely compatible, if there will be missing information or whether businesses will encounter some sort of technical glitch.

In general, Luse said, state officials haven’t been prompt with responses to his employees’ compliance questions.

“I won’t say we haven’t gotten a proper answer. We just haven’t gotten it yet,” Luse said. “But as you’d expect, with so many thousands of people trying to get licensed, the poor bureau (of cannabis control) is getting inundated.”

Another significant question is how California’s cannabis supply chain is going to change and whether retailers can rely on longtime growers that used to sell them inventory, or if they’ll be forced to find new suppliers.

After Jan. 1, legal MJ companies with temporary or permanent business permits will be allowed to purchase inventory only from other licensed entities.

That means they must rule out gray- or black-market sources they may have relied on previously, perhaps even for years.

“Nobody really knows who’s going to be a legal actor as of Jan. 1 … Who all will be approved in time, that’s my biggest fear – just keeping supply going.”

Luse called the situation “kind of a two-part dance.”

“It’s getting a lot of existing inventory out of the market and into the stores – some of it coming from producers that won’t be able to continue next year because they don’t have local authorization or things like that – and then also figuring out who is going to be up and running and fully licensed in January and arranging contracts with them.”

For BPG, that means changing from hundreds of inventory sources to a few dozen licensed distributors.

“Because so many people are consolidating under distribution umbrellas and linking up,” Luse said, “even though we maybe will have only a couple dozen suppliers, I still expect to have the same couple hundred SKU offerings in the store and a similar number of brands.

“Just a fewer number of people bringing them to us.”

He’s confident BPG will have enough inventory to last through January.

But it’s still unclear how many cultivators, manufacturers and distributors will be licensed next year – and be able to provide inventory to retailers.

He identified Emerald Family Farms, Flow Kana, Kiva and Bloom Farms as distributors he knows that are on track to be able to legally supply BPG and other retailers come January.

“The dust just hasn’t settled yet,” Luse said. “All the time, we’re getting news of other people in our supply chain that are figuring out licensing.

“But a lot of it is still happening in these last few weeks of the year.”

Perhaps the biggest unknown for those who are hoping to tap California’s legal MJ market is how much state and local taxes will drive up the price of legal cannabis and if that increase will drive consumers back to the black market.

“A big thing that gives me heartburn that I’m really interested to see play out is, what’s the out-the-door prices on these new products?” Luse said.

“California’s a very price-conscious market – or at least the existing MMJ consumers are – and because we don’t have any caps on local taxes, I think you’ll have some cities that are going to be putting some pretty aggressive gross receipts taxes on every piece of the supply chain.”

Luse is more concerned about local tariffs than state taxes, which he says aren’t “that far out of line with other states.

“But when you add on these local taxes … that are pretty substantial – and that happens three or four times to the same ounce – it’s like, what’s (the final price) going to be?”

All of that will add up to an effective tax rate of about 45%.

BPG’s prices for flower likely will be about twice what consumers may pay on the black market, said Sabrina Fendrick, the company’s director of government affairs. She estimated the average eighth of flower will be in the “high $60s or low $70s.”

That’s in part because of a marijuana tax structure established by a 2010 Berkeley ballot measure that will put a 10% sales tax on cannabis at each stage of the supply chain, Fendrick said.

That means the tax will likely be assessed when distributors sell to BPG and then again when the retailer sells to customers.

However, Fendrick’s hopeful the city will change that structure early in 2018 to help make BPG and other MJ businesses more competitive with the black market.

The tax rate uncertainty is going to last a good while and also vary widely depending on how localities decide to tax MJ goods.

It all will take months to play out, since most California cities and counties haven’t yet formalized policies on recreational marijuana businesses.

But Luse is worried how tax rates will affect the viability of the overall legal market.

“I hope we’re not all underwhelmed by the size of the regulated market,” he said, “but I think we might be.”

Yet another component that’s still open-ended – and could also contribute to the ongoing black market – is how many growers will be able to pass muster when the full testing regulations kick in halfway through 2018.

If too many cultivators try to skate by while using potentially toxic pesticides, for instance, it could result in a supply shortage for legal retailers and drive more consumers to illicit dealers.

“Everyone knows there’s plenty of weed in California,” Luse said, “but is there plenty of licensed and tested and compliant weed?