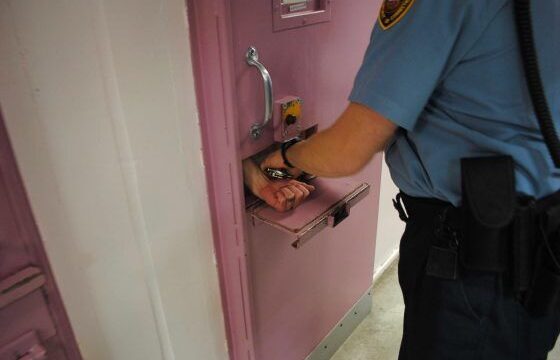 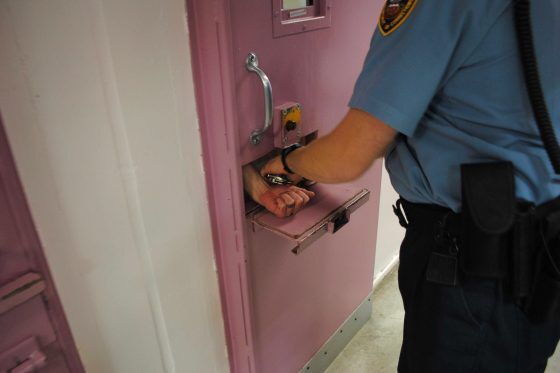 “In 2017, we brought cases against more violent criminals than in any year in decades. We charged the most federal firearm prosecutions in a decade. We convicted nearly 500 human traffickers and 1,200 gang members, and helped our international allies arrest about 4,000 MS-13 members. We also arrested and charged hundreds of people suspected with contributing to the ongoing opioid crisis.”

When a president is getting ready to deliver a State of the Union address, Cabinet officials often scurry to do a little apple-polishing before the main event. Attorney General Sessions did his part with an op-ed that was titled: “Trump promised to end ‘American carnage.’ Promise delivered.”

The Washington Post Fact Checker was a bit surprised to see Sessions make this case. For months, even in 2018, he has toured the country warning about out-of-control crime rates. But writing in USA Today, he cited data for the first six months of the year to argue that violent crime is going down and “for the first time in the past few years, the American people can have hope for the future.”

Why the surprise? Well, back in September, The Fact Checker gave Sessions Four Pinocchios for hyping a possible one-year blip in crime data when the overall violent crime rate had declined over the years. We noted that preliminary data indicated that 2017 was on pace to have one of the lowest violent crime rates of any year since 1990. Now Sessions is citing similar data to make the case Trump administration policies are working, even though the trend already was apparent when he repeatedly warned that crime was out of control.

An analysis by the Brennan Center for Justice at New York University finds that the preliminary data indicates 30 cities studied by the group are on track to have the lowest crime rate since 1990, and the fifth-lowest for violent crime.

In other words, it’s easy to show progress when the problem may not have existed in the first place. The FBI, in releasing the numbers, was less effusive than Sessions, referring to a “slight crime decline.”

For the purposes of this fact check, we were interested in a series of specific claims Sessions made about what the Trump administration had delivered. Many criminologists believe local policing efforts and social-economic factors are more important in reducing crime than counting arrests and prosecutions. But with that caveat in mind, let’s dig into the data.

A Justice Department official said this statement is based on internal data that is not public yet. It will be produced as part of the annual statistical report issued by the United States attorneys, which details how many violent-crime cases were filed by federal prosecutors. In fiscal year 2016, 11,688 cases were filed. Going back 12 years, the high was 12,123 in 2013. Generally it’s been above 11,000 every year, except for 2007, when it was just below 11,000. Spot checking various years in earlier decades, the numbers are generally highest in the past decade.

In 2013, Attorney General Eric H. Holder Jr. announced the “Smart on Crime Initiative,” which directed more federal resources to violent cases. The number of cases dropped from 2013 to 2014, but then climbed steadily since then. So Sessions appears to be piggybacking on an Obama initiative to have prosecutors focus more on violent crime.

Moreover, note that this is fiscal year data. That means the 2017 data would include nearly four months of cases filed under Obama, as the fiscal year covers Oct. 1, 2016, to Sept. 30, 2017. So if Trump were to claim credit, whatever number is produced could be one-third attributable to Obama. However, another DOJ official said “the vast majority of it occurred under the Trump Administration” because of an intensified focus on violent crime.

This is again a fiscal-year number, meaning it covers a period that includes the Obama administration. Indeed, this is the third year in a row that firearms prosecutions have increased, according to the Transactional Records Access Clearinghouse at Syracuse University. Prosecutions rose 11.5 percent from 2015 to 2016, and another 10.8 percent from 2016 to 2017. There were 8,235 federal firearms prosecutions in fiscal 2017, which is the highest since 2008, when 8,484 were prosecuted. But it is still below a high of 11,015 set in 2004.

The information on 500 human traffickers being convicted is apparently also from internal data that is not publicly available. We are a bit dubious of this figure because, as we have written before, the Justice Department has a tendency to play fast and loose with the definition of a “trafficker” when it comes to sex trafficking. DOJ says more than 90 percent of the cases involve sex trafficking, under the definition of the Trafficking Victims Protection Act of 2000, but there are some labor trafficking cases. So we will keep an eye on this claim when the data finally is released.

As for gang members, the number of 1,200 is based on an oddly worded DOJ news release issued in August. It claimed that data collected by the Organized Crime Drug Enforcement Task Forces (OCDETF) showed 476 members of transnational criminal organizations and subsidiaries were convicted in the third quarter of fiscal 2017 (April-June), but “additional reporting” found another 756 convicted in the January-March period. So that’s how Sessions comes up with 1,200, but little detail is provided about the underlying data.

Moreover, it seems strange to claim credit for prosecutions that clearly had been advanced under the previous administration. OCDETF, in a 2017 submission to Congress, shows that it already had a target of 9,250 convictions in 2017 (and achieved 7,958 in 2015). Moreover, over 100 organizations had been disrupted and dismantled in every year since 2011. Also, in context, DOJ has more than 10,000 drug prosecutions every year.

The focus of OCDETF was shifted under Obama administration’s Smart on Crime Initiative to target the highest priority organized drug trafficking, money laundering, and recognized transnational criminal organizations. So, again, Sessions appears to be piggybacking on the previous administration’s efforts.

MS-13, or or Mara Salvatrucha, is a transnational gang that formed in Los Angeles in the 1980s, among members of the Salvadoran community who had fled violence and civil conflict in El Salvador. U.S. agencies have been dealing with enforcement and prevention of MS-13 activities since as early as 2004. MS-13 is operating in at least 40 states.

DOJ initially said Sessions’s 4,000 number came from a pair of news releases, one claiming 3,800 “charged” in the United States and Central America and the other touting 267 arrests. Note that Sessions had mentioned this was done with “international allies.” Fewer than 300 of those charged were in the United States – and 2,000 of the people charged in El Salvador were not arrested.

DOJ then sent other examples of arrests, such as an additional 100 seized in El Salvador in December, and a Department of Homeland Security announcement in December that nearly 800 MS-13 members had been arrested in 2017. Many of those arrests were under Operation Community Shield, an anti-gang initiative that dates to 2005, so it predates the Trump presidency.

–Arrested and charged hundreds of people related to opiates

DOJ pointed to a sampling of news releases, including one that said “over 120 defendants, including doctors, were charged for their roles in prescribing and distributing opioids and other dangerous narcotics.”

Such news releases are anecdotal and do not indicate whether the arrests exceed a similar period in the Obama administration. So DOJ has not provided enough evidence to indicate this makes a significant shift in priorities.

It’s a step forward that Sessions finally has acknowledged that preliminary crime data indicates that violent crime is not on the rise as he and the president had previously claimed. He exaggerated what had happened earlier – and now tries to claim he has fixed a problem that did not really exist before.

But in touting the supposed success of the Trump administration, the attorney general offers a mix of numbers and statistics that often stretch back into the Obama administration – or do not offer enough detail to make a meaningful comparison. In many ways, Sessions has changed the priorities of the Justice Department. But he does not yet offer enough evidence that the statistics he cites demonstrate that Trump administration policies have made a difference in the fight against violent crime. We obviously will keep an eye on these statistics as more detail becomes available.