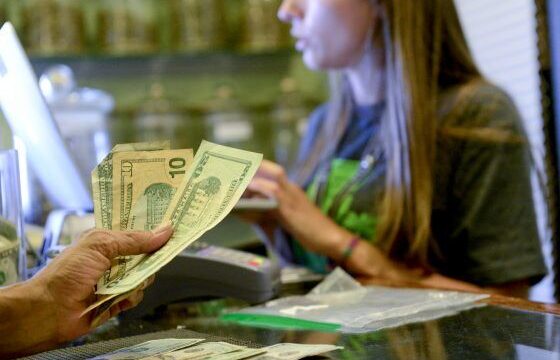 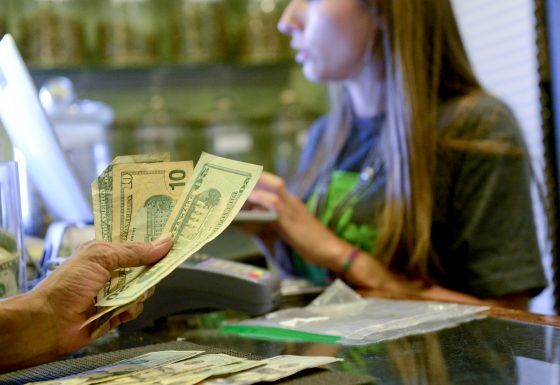 The price of a pound of legal marijuana plummeted in January, according to a new report tracking the commodity’s U.S. spot price index.

The first month of 2018 has been marked by uncertainty in the cannabis industry after U.S. Attorney General Jeff Sessions rescinded Obama-era guidance on marijuana enforcement. But analysts at Cannabis Benchmarks, an independent price reporting agency, said that the policy shift has not yet had a major impact on legal cannabis prices nationwide.

Instead, an overabundance of cannabis sent wholesale prices into a free fall, the firm reported.

The U.S. spot index for cannabis last week stood at a national average of $1,292 per pound, a 3.5% decline compared to the week prior, according to Cannabis Benchmarks.

Similar to commodities like gold and oil, the Denver-based independent price reporting agency tracks spot prices — the current value in the marketplace at which an asset can be bought or sold for immediate delivery.

The overall drop in pot prices “was driven primarily by significant week-over-week decline in wholesale rates in Oregon, though most of the major Western markets saw decreases in their composite prices, with Colorado the only exception,” the report said.

Prices were also dragged down by Washington state, where they fell to $1,004 per pound, the lowest price Cannabis Benchmarks has seen in three years of reporting.

Demand for legal pot leveled off in some of the mature cannabis markets during the second half of 2017, report author Adam Koh told The Cannabist. While there may still be some growth in those markets, expect the downward trend in prices to continue through the first quarter of 2018, he said.

Related: Colorado drags down national marijuana prices in first half of 2017

The firm’s data indicates that thus far, Sessions’ marijuana moves have not had a noticeable effect on cannabis prices, Koh said.

“There hasn’t been any sort of material alteration to supply and demand stemming from the Sessions announcement,” he said. “The way it could possibly affect the market is if businesses were actually raided or shut down. Then you might have people unwilling to trade wholesale. Obviously a dispensary wouldn’t to want to take in inventory if there was a credible threat of being raided with significant amounts of cannabis on hand.”

Cannabis is not any more federally illegal today than it was prior to Sessions’ Jan. 4 announcement, Koh added. In his view, until some sort of federal cannabis crackdown takes place, few state-legal cannabis companies will be inclined to flee the market.

But how California’s entry into the legal cannabis market will affect cannabis prices in 2018 remains uncertain, in part because it has an “entrenched” informal marijuana market, Koh said.

Last October, Cannabis Benchmarks analysts estimated that only a “small fraction” of commercial cannabis transactions during 2018 will take place within the licensed marketplace, citing the state’s vast black market.

“It makes it very difficult to project, because it’s really been its own animal,” Koh said. “But I think California regulators…they have definitely taken lessons from other states in terms of certain allowances and things that businesses are able to do, so as not to cause immediate (price) disruptions like we’ve seen with some of the roll-out of recreational sales in other states.”

Related: The price of marijuana has collapsed in legal era

The Golden State’s best efforts might not be enough to prevent market disruptions in spring and early summer when most of the its current cannabis business licenses expire, he said. Starting in May, officials will not only be dealing with those expiring licenses, but also with the issuance of new annual license.

Another issue for cannabis prices in California: Stricter testing of legal cannabis goes into effect there starting July 1.

Cannabis Benchmarks analysts think it’s possible that growers will work to move product ahead of that prior to more strict testing going into effect,” Koh said.

“A lot will depend on how supply chain comes together as more growers get licensed and more product is manufactured and extractors become licensed,” he said. “Will the testing labs be able to keep up? Right now retailers are selling their existing inventory, while testing is not as strict as it will be.”