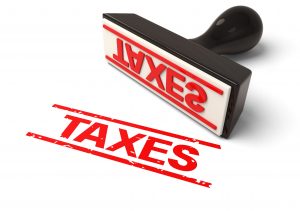 A proposed excise tax on medical marijuana in Canada could push even more patients to the black market and curb demand in the regulated market, executives, economists and patients told Marijuana Business Daily.

The federal government plans to apply the same 10% excise tax on medical users as recreational users. That’s on top of provincial and federal sales taxes already applied to medical marijuana.

“We do not want the taxation levels to be an incentive for people to utilize that system inappropriately and so we propose that the taxation levels for both nonmedical and medical will be aligned,” Bill Blair, parliamentary secretary to the minister of justice and the Liberal lead on the legal pot program, has said.

But critics aren’t sold on the proposal, saying it will drain sales from the legal MMJ market as patients seek cheaper black market products.

“It’s one of the most ridiculous positions I’ve ever heard,” said James O’Hara of Canadians for Fair Access to Medical Marijuana (CFAMM), who said the excise tax would impose a heavier financial burden on legal users of medical cannabis.

The group is heading up the campaign donttaxmedicine.ca, which calls on the government to scrap all taxes on medical marijuana, including provincial and federal sales tax.

A survey conducted last year by Health Canada found that number was closer to CA$1,500.

The same survey also found that only 19% of respondents who used cannabis for medical purposes acquired their MMJ through legal channels – implying that Canada’s 235,000 registered clients represent a fraction of the actual market.

That ratio could fall even more if another tax is imposed, said Anindya Sen, professor of economics at the University of Waterloo who specializes in the market impact of government intervention.

“If you have a prescription for medical marijuana, you should be able to get it at a lower price because it’s for medical purposes,” he said.

“If you can’t – and the assumption is that this is for legitimate medical-related consumption and you need large and regular purchases – then you might turn to the black market.

“If (the) medical marijuana isn’t taxed lower, there is an incentive to switch to an illegal supply.”

Jason Childs, associate professor of economics at the University of Regina, said imposing an excise tax on medical marijuana could provide an incentive for MMJ users to stay in the unregulated market.

“What you might see is fewer people seeking out a prescription in the regulated market,” he said.

Medical marijuana patient John De Villa was among the 80% of patients who sought treatment outside the regulated market for a serious illness due to cost.

He says higher taxes will only push more people into the unregulated market.

“If they follow through with the plan to raise tax on medical marijuana, the black market is smiling and clapping,” he said.

“A lot of black-market producers will thrive. Patients will be directing their business to them for two factors – affordability and quality.”

The British Columbia native had been suffering from debilitating seizures and was near death in 2015 before he turned to medical marijuana to treat his epilepsy.

De Villa said he was spending CA$1,800 per month on medical cannabis initially as he figured out what worked for him and what didn’t.

He even took out a second mortgage on his house just to cover those medical bills, three-quarters of which were for medical marijuana products.

“When another tax comes into play, there is no way I would be able to afford that,” De Villa said.

He said a 30-milliliter bottle of a regular CBD tincture from a licensed producer costs CA$90 to CA$150, plus provincial and federal sales tax.

The same product in the black market is around CA$40 without tax.

“For some people, it’s a no-brainer,” De Villa said. “All I can do is purchase what I can afford.”

“An excise tax is a tax on something you’re trying to discourage, things that are not good for your health or the environment,” said Lake, who served as British Columbia’s minister of the environment and minister of health from 2013 to 2017 before his current role.

“There are some people who are in true need of medical cannabis, and vulnerable people in our society are probably overrepresented in that group. Vulnerable people will be most impacted by another tax,” he said.

“We want to ensure our medical patients can afford their medication.”

Canadians for Fair Access to Medical Marijuana is hosting a rally against the proposed tax Friday morning outside the constituency office of Finance Minister Bill Morneau in Toronto.

“If prices are not different due to taxation being the same, you may see medical patients go into the recreational space and choose not to go through their medical provider,” he said.

“If there’s an incentive for patients to follow physicians’ directions, that’s better for patients.”