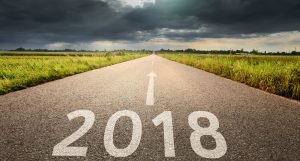 The marijuana industry is strapping in for a roller-coaster 2018, when challenges and opportunities are unfolding faster than ever, and in more places than ever.

Here’s a look at 11 challenges and opportunities that will demand the attention of marijuana entrepreneurs in 2018:

Some companies will have to make big changes to the ways they’ve been doing business for years. Others will find themselves suddenly in the black market – or out of business entirely.

Marijuana activists have argued for decades that California will tip the scales of national drug policy, and 2018 could reveal if that’s true.

The nation is well on its way to becoming the first Group of Seven nation to legalize adult-use marijuana.

Regulations related to marijuana will dominate Canadian national discussion in the first half of 2018, when every province and territory is expected to finalize cannabis production and sales rules.

Sales could begin before the first leaves fall in September, and marijuana entrepreneurs around the world are scrambling to capitalize on Canada’s legalization. The jostling will likely continue into 2019 and beyond.

Marijuana’s age-old rival, alcohol, is starting to see opportunity instead of threat in the cannabis industry. And the new year could tell alcohol companies whether to step up investments.

One of the biggest alcohol businesses in the world, Constellation Brands, has bought a significant stake in Ontario-based Canopy Growth and is going to enter the recreational cannabis industry when Canada begins sales.

And U.S. beer makers are going to expand their experiments with cannabis.

Lagunitas Brewing in California is adding terpenes to its Supercritical IPA, and other makers are expected to follow suit.

Expect a lot of attention on these “canna-alcohol” products in 2018.

Expect more alcohol companies to decide in 2018 to join the cannabis industry instead of fighting it.

It’ll be hard to surpass the magnitude of legalization in 2016, with so many states, including California, adopting rec legalization.

But 2018 could be a historic year for legalization as well – not because of the number of states or market size involved, but because of how it comes about: State legislatures passing recreational marijuana laws.

New Jersey, Vermont and Rhode Island are all candidates for the historic honor:

5. Other states going to ballots

Voters always seem to be ahead of politicians when it comes to cannabis.

Ohio may take a second stab at recreational legalization, and Michigan voters could see their first recreational marijuana measure. Voters in Missouri, Oklahoma and Utah also could look at medical marijuana.

MedMen and Poseidon Asset Management, two of the best-known names in the cannabis industry, announced in late October efforts to raise what would be the two largest capital raises in U.S. cannabis industry history – if they are successful.

Closing those kinds of amounts is no easy feat, and MedMen once had to close a fund before it reached its stated goal.

Marijuana observers will also be watching to see if the canna-centric finance firms can land some institutional capital.

As the cannabis industry has expanded, it has naturally gained more allies in Congress.

That growth could culminate in 2018 in perhaps another historic first, with a bipartisan bill to repeal 280E tax restrictions for legal MJ businesses making it to Trump’s desk, or some other measure that would further legitimize the U.S. marijuana sector.

Although there have been dozens of pro-MJ bills introduced in Congress, none has yet received even a full Congressional committee hearing.

But with more and more Republicans coming on board to support varying cannabis bills – which range from outright federal legalization to enabling more scientific research into medical benefits of marijuana – such a victory isn’t nearly as pie-in-the-sky as it was a few years ago.

Although Congress may not be ready to legalize marijuana, it could look at budget measures to extend prohibitions on federal spending to interfere with state marijuana laws.

A Colorado-based credit union for the marijuana industry is going to try again to revolutionize banking for cannabis industry.

Fourth Corner Credit Union has a new strategy – serve marijuana advocacy groups, not businesses that touch the plant. Fourth Corner will find out in the new year if the plan works.

The private banking program is getting a big test in Hawaii, where regulators have banned cash transactions, forcing customers to use the credit union’s CanPay app to buy marijuana.

The marijuana industry’s growth in recent years has been hampered by a weird quirk – even when you can legally buy and grow marijuana, there’s nowhere in public to use it.

That’s likely to change in 2018, when social-consumption lounges are expected to make their first appearances. Denver could see a coffee-and-cannabis lounge in early 2018, and Las Vegas lounges could be next.

The opening of the first social-use lounges could trigger an explosion of more.

Many states and jurisdictions say they’re awaiting some guinea pigs before starting their own regulations for social lounges.

By 2019, cannabis clubs could present an entirely new business category in multiple jurisdictions.

The CBD market is going to change dramatically in 2018.

That’s because a lawsuit to be settled in a federal appeals court will determine whether cannabidiol is a controlled substance, as the U.S. Drug Enforcement has said, or whether it is legal as long as it is derived from legal hemp.

The decision could vault CBD products into the mainstream, or limit market opportunities to states where marijuana is legal.

Another CBD question to be settled in 2018 goes back to Canada.

That country is planning to authorize CBD hemp extraction along with adult-use marijuana. It’s a change that has global repercussions.

Canada is thought to be world’s No. 2 hemp producer, and some predict a flood of cheap Canadian hemp-derived CBD products will affect global prices.

The global marijuana industry will be keeping a close watch on two health agencies in 2018: the United Nations’ World Health Organization and the U.S. Food and Drug Administration.

The WHO has called a May summit to review cannabis and how it is regulated. The agency doesn’t make law, but its conclusions heavily influence drug policy among its 60-plus member nations.

The agency’s upcoming review of “cannabis extracts and tinctures” could trigger revisions to the 1961 UN Single Convention on Narcotic Drugs. Any revisions could dramatically shake up the global cannabis market.

There’s another cannabis industry-shaking health decision for the United States coming from the FDA.

The agency is due to issue a decision on GW Pharma’s Epidiolex, a cannabis-derived drug aimed at treating two rare kinds of epilepsy.

The FDA’s decision could have ramifications for all marijuana users because cannabis would be the first plant-derived cannabidiol approved by the agency – poking the biggest hole yet in the U.S. position that the cannabis plant has no medical use.