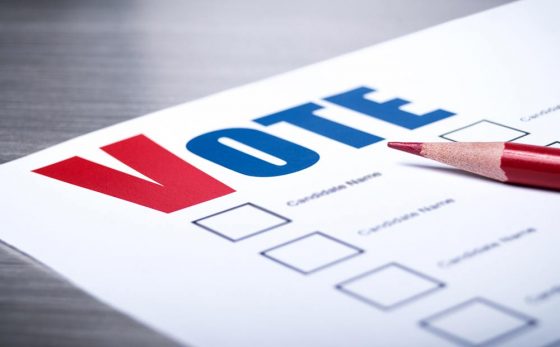 Nine states and Washington, D.C, have already legalized recreational marijuana. Democrats seeking their party’s nomination for governor say it’s time the state follow suit, arguing the move would bring in needed revenue and would be a major step toward criminal justice reform.

On the other side, the two GOP primary candidates have opposed legalization and raised questions on the future of Illinois’ medical marijuana pilot program, which is set to expire in 2020.

Gov. Bruce Rauner implemented the pilot program in 2015, but he has recently fought in court attempts to expand the list of qualifying conditions. He is against legalization for recreational purposes.

His primary competitor, Rep. Jeanne Ives, has consistently railed against any type of legalization.

Here’s a look at where the candidates stand:

While all Democratic candidates favor legalizing recreational marijuana, there are some debates about how the process should take place.

The perceived front runners — Pritzker, Biss and Kennedy — all favor legalization, arguing it would bring more tax revenue into a state with nearly $9 billion in unpaid bills.

They also say it would help Illinois’ overcrowded prison problem and fight what they see as racial disparities in sentencing and arrests.

Illinois was considered to be one of the top 12 states with the most arrests for marijuana possession, according to the American Civil Liberties Union’s most recent analysis in 2010. While African-Americans made up 15 percent of the population at the time, they accounted for 58 percent of marijuana-related arrests.

“We must review and commute the sentences of people incarcerated for marijuana offenses in Illinois,” said Pritzker, a Chicago entrepreneur. “It’s time to bring the era of mass incarcerations for minor drug offenses to an end.”

Kennedy, of Kenilworth, echoed the sentiment and said he would commute sentences on a case-by-case basis for non-violent offenders solely convicted of possession or sale of the drug. He also wants the University of Illinois to oversee legalization, saying the school would act as a third-party not “looking to profit off of a public health decision” like lobbyists in Springfield.

Biss said he would go one step further. The lawmaker said he would commute sentences en masse, following the model of San Francisco, where prosecutors threw out thousands of marijuana-related convictions dating back to 1975 with no action needed from those convicted.

“I’m committed to a criminal justice agenda that focuses on rehabilitation and community investment rather than mass incarceration — and we must make sure that no one gets left behind,” said the Evanston lawmaker.

Marshall, a Burr Ridge physician, and Daiber, a regional schools superintendent from Marine, are both favorable to legalization, but Daiber stipulates the initiative must be passed by the voters.

On the Republican side, Rauner and Ives both oppose legalization, saying there may be detrimental effects in states where recreational use is permitted.

“I do not support legalizing marijuana. I think that’s a mistake,” said the governor. “You know there’s a massive human experiment going on in Colorado and California and other places. We should see how that’s impacting lives and addiction and hurting young people before we make any decision about it here.”

But he said he would “have to carefully consider the consequences of any further legislation” before deciding to expand decriminalization.

Ives, of Wheaton, did not respond to The Associated Press request for comment but previously told the State-Journal Register that she opposes legalization, saying it “is the wrong way to solve our budget problems.”

The state’s medical marijuana program, one of the most restrictive in the country, has largely taken a back seat in the race.

Former Gov. Pat Quinn signed the pilot program into law in 2013, but it wasn’t implemented until 2015.
Rauner has been both friend and foe to the medical marijuana industry, adding two qualifying conditions to the list in 2016 but resisting further expansion.

To qualify for a medical card, a person must have a “debilitating condition” such as cancer, HIV/AIDS or Alzheimer’s disease. Illinois added PTSD and terminal illness to the list of qualifying conditions in 2016.

The Rauner administration is appealing a Cook County Circuit judge’s order that the state expand the list to include intractable pain, or pain that’s resistant to treatment.

The governor didn’t say whether he would continue the program beyond its 2020 expiration date.

Dan Linn, executive director of the National Organization for Reform of Marijuana Laws in Illinois, said “it’s possible” Rauner could end the program. But he said Rauner likely wouldn’t take that action because the industry is responsible for 1,500 jobs and caters to 30,000 patients across the state.

Ives has opposed legalization in any form and voted against the pilot program in 2013.

Pritzker, Biss and Kennedy all want to make the pilot program permanent and expand the list of qualifying conditions.

Only Biss specifically detailed how he would expand the list, saying he would model Illinois’ program on California’s, “allowing cannabis to be prescribed to any debilitating illness a physician sees fit.”

He adds he will “also reduce licensing fees, streamline regulations, and expand access by making sure there are doctors in every community who will prescribe medical cannabis.”

Hardiman said he would make the pilot program permanent, but wouldn’t make any further changes. Daiber has said he would loosen restrictions under the program, but added that if marijuana is legalized, it would remove the necessity of a medical program.

Marshall did not return the AP request for comment, though he has previously said he supports legalizing marijuana and decriminalizing drugs such as cocaine and morphine.