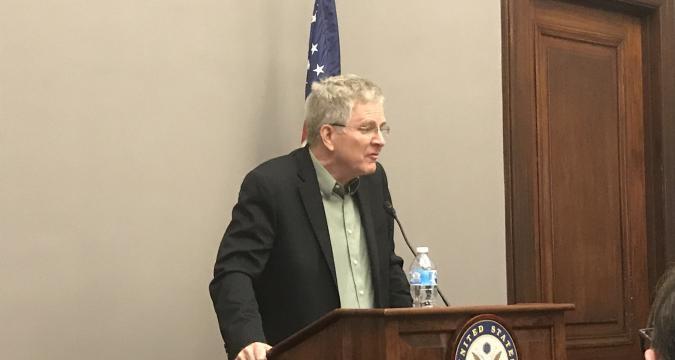 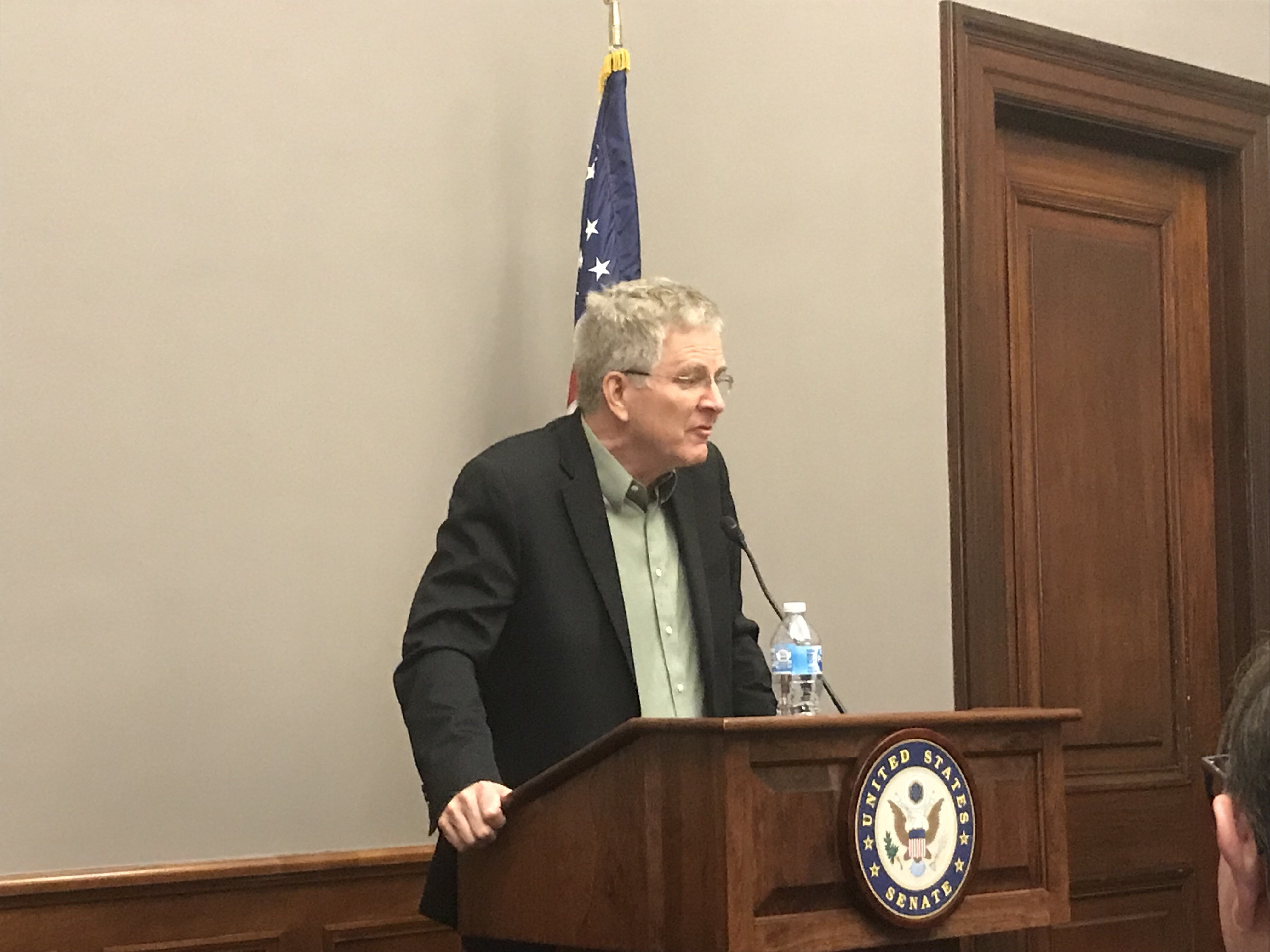 Inspired by Europe’s pragmatic approach to drug policy, with success measured by harm reduction rather than incarceration, Steves said that he is motivated to speak in favor of legalization because of its impact on civil liberties.

“There are so many reasons to end the prohibition on marijuana. Whether you’re concerned about the well-being of children, fairness for minority communities, redirecting money away from criminals and into state’s coffers, stemming the horrific bloodshed in Mexico, or civil liberties; it is clearly time for a new approach,” said Rick Steves.

The discussion on marijuana policy covered the current issues stemming from the current tension between federal prohibition and the ever-evolving patchwork of marijuana law reforms at the state level.

“It’s not 2010, we have years of data that is showing from my home state of Washington that regulation works,” said Steves.

One of the nation’s leading voices to end the prohibition of marijuana, Rick Steves serves as a member of the board of NORML and has advocated extensively in support of the successful legalization efforts in Maine, Massachusetts, Oregon, and his home state of Washington.

The events were organized by NORML in cooperation with the recently formed bipartisan Congressional Cannabis Caucus. The Cannabis Caucus bills itself as “to develop and promote sensible cannabis policy reform and work to ease the tension between federal and state cannabis laws.”

“Rick Steves has worked for decades to shine a light on the impact of our outdated marijuana laws. He has been a tireless advocate to end cannabis prohibition,” said Rep. Blumenauer, co-chair of the Cannabis Caucus. “We are thrilled to welcome him to Capitol Hill as we continue to educate Members and their staff about the importance of addressing this issue now.”

Click here to send a message to your federal officials and demand that they reform our nations marijuana laws.