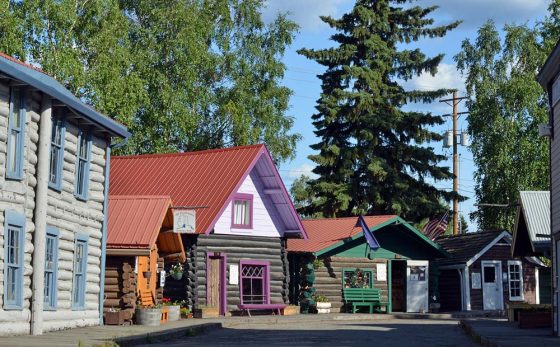 FAIRBANKS, Alaska — Banning onsite marijuana consumption and limiting the number of pot retail stores are just two of the proposed ordinances in Fairbanks.

The proposal adds six new pages of Fairbanks General Code dealing with marijuana establishments and licensing, and is up for second reading, public comment and a likely vote at Monday’s council meeting, the Fairbanks Daily News-Miner reported.

The number of retail stores will be capped at 12, and onsite consumption will be outlawed, regardless of state law, if the ordinance passes.

Fairbanks currently has five operating licensed retail stores. Four licenses have been considered by the council and are waiting on a certificate of occupancy before opening. One licensee is appealing a decision by the Alcohol and Marijuana Control Office.

The limit of 12 retail stores was not chosen for any particular reason, Fairbanks Mayor Jim Matherly said.

It is unclear what will happen to the remaining applicants that haven’t reached local government if the council approves the 12-store limit. Fairbanks City Clerk Danyielle Sinder’s interpretation, based on ordinance language, is that no more will be allowed.

Alaska statute limits the number of alcohol licenses based on population, but Fairbanks has many times the allowable number because of grandfather rights.