LOS ANGELES — Adult-use cannabis sales kicked off in the city of Los Angeles for the many of the 134 businesses granted recreational retail licenses. WHTC was among those businesses and Marijuana.com checked in with President and CEO Yana B. to talk about the advent of legal recreational cannabis in California’s largest marijuana market.

Currently, the only businesses to be granted licenses by the city are Pre-ICO businesses already serving the medical marijuana market within its municipal boundaries. These dispensaries were in operation before a 2007 Interim Control Ordinance (ICO), which effectively stopped new legal collectives from forming, was put into effect.

City officials issued WHTC the first-ever license for a recreational cannabis retailer, now it’s a waiting game for the state license to go through before sales can begin, which Yana said she hopes to have in within the next few days. 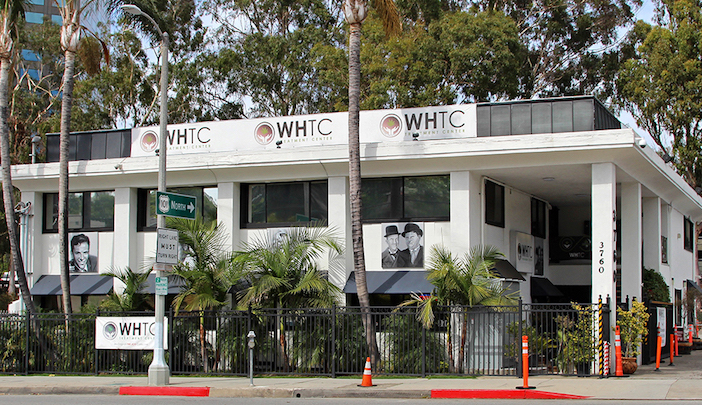 MJ: There’s been a lot of waiting for this day to come. What has it been like getting to this point?

LB: Ten years ago, this was a very gray area. Really, it was more in the dark. It wasn’t even appropriate to say you had anything to do with marijuana. As it unfolded, a lot of people had to pay a high price to be involved — getting arrested, going to jail. We just need to do everything by the book. Ten years ago, we called it marijuana. Now, it’s cannabis. There’s a lot that’s changed.

What’s changed between then and now?

I think a lot of city officials are beginning to understand more about marijuana. For the last four to five years working with the city and having such amazing leaders as [City Council] President Herb Wesson and his Assistant Chief deputy Andrew Westall, and now amazing Cat Packer, who is just an intelligent, bright young lady running the DCR now. It’s just a whole new industry where everyone is learning. The patient, now the customer, the stakeholder, the city, the state, everybody. And it’s just this big parachute that’s now unfolding.

What’s the vibe like in Los Angeles right now?

Well, the vibe at WHTC is, from one to 10, probably an 11. Because we had West Hollywood go rec a week ago. It’s too close to home. I think once we go recreational – [WHTC’s] backyard is Universal Studios — so I feel like it’s going to be special. The energy is crazy here right now.

Is there anything you think could have been done better with the process?

There’s always an area you can do better in and once you look back it’s much easier to say that, but I think everybody’s trying to do the best they can. There will be glitches, there will be bumps. It will take some polishing, but it will get done right.

When people hear you and work with you, anything can be done. If there is a will, there is a way and I think for the city and the state and even federally, it’s just a matter of time. Rome wasn’t built in a day. This will take time.

What’s next for cannabis in Los Angeles?

As of right now, it’s the pre-ICO getting their licenses. I don’t think the city is going to take applications for licenses for new retail at least for a year. You want to do this right. You don’t want to have anything slip through the cracks. That’s why it took the time it took to get it done right. This is major.

Were you discouraged by the wait  to begin sales while other retailers have already started sales nearby?

WHTC working in the city of Los Angeles to set the standard of excellence for the cannabis community. After waiting 10 years, I can wait another day or two.