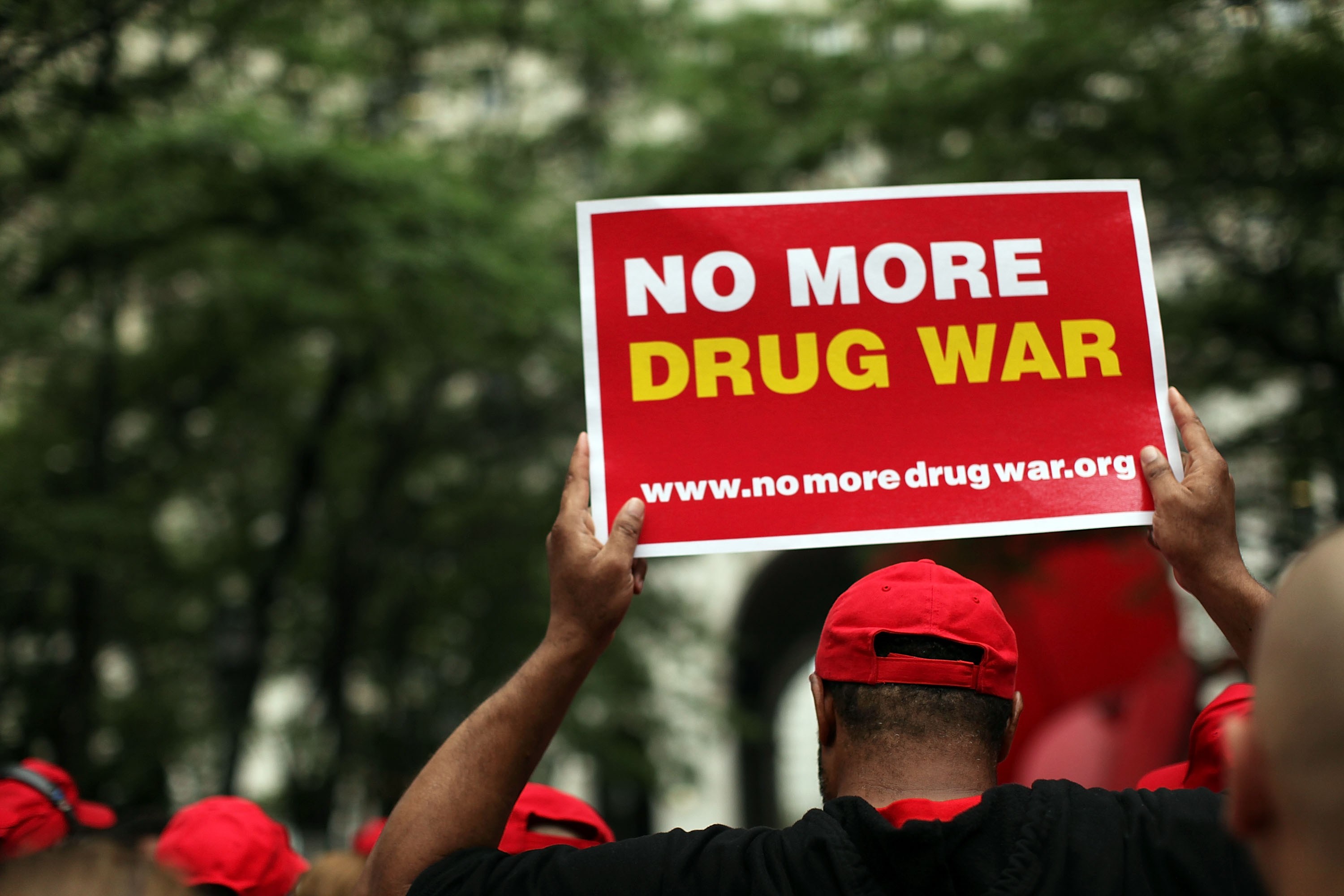 It was the best of times; it was the worst of times. Tens of thousands die of drug overdoses, hundreds of thousands get arrested for drugs, yet marijuana is seeing boom times. As we bid adieu to 2017, here are the year’s drug policy highlights:

1.The Opioid Crisis Deepens, With Overdose Deaths at an All-Time High

The country’s opioid crisis showed no signs of abating in 2017, with the Centers for Disease Control estimating 66,000 overdose deaths this year, up from 63,000 in 2016. To be clear, only about two-thirds of fatal drug overdoses are linked to heroin and prescription opioids, but opioid overdoses surged in 2016 by 28%. It’s too early for final data on 2017 overdoses, but there is little reason to doubt that opioids were driving the increase this year. The high levels of overdose deaths have led to a fall in US life expectancy for the past two years, only the third time that has happened in the past century. Policy efforts to curtail the problem have sometimes included regressive moves to up drug sentences, and have generally given only limited consideration to the needs many patients have to access these substances. But public health measures like naloxone distribution and “Good Samaritan” non-prosecution policies have also advanced.

The powerful synthetic opioid fentanyl and its analogs are implicated in an increasingly large number of opioid overdose deaths. While deaths involving prescription opioids are decreasing, fentanyl-related deaths have increased by an average of 88% a year since 2013. Illicitly imported fentanyl from labs in China or Mexico is mixed with heroin with lethal results: Half of the increase in heroin-related overdose deaths is attributable to heroin cut with fentanyl, the CDC reported in September. There were nearly 20,000 deaths attributable to fentanyl and other illicit opioids in 2016; the 2017 numbers are likely to be even worse.

The Trump administration has not nominated anyone to head the DEA, and the agency is currently being led by Acting Administrator Robert Patterson after Chuck Rosenberg, the acting administrator when Trump took office, resigned in September, saying he didn’t want to work with the administration any longer. Similarly, the White House Office of National Drug Control Policy (ONDCP — the drug czar’s office) is without a permanent head after Trump’s nominee, Pennsylvania GOP Rep. Tom Marino went down in flames in October in the wake of reports he steered a bill through Congress that impeded the DEA from going after pharmaceutical drug distributors. Neither the White House nor anyone else seems very interested in filling the position, in part, perhaps, because earlier in the year, Trump floated the notion of cutting ONDCP’s budget by nearly 95%. But not to worry: Trump pollster, counselor, and apologist Kellyanne Conway is now leading the administration’s fight against opioids — even though she has no public health experience whatsoever.

Under President Obama, Attorney General Eric Holder presided over a ratcheting down of harsh federal drug prosecutions and sentences, but current Attorney General Jeff Sessions is doing his best to undo those reforms. In May, Sessions announced that he had directed federal prosecutors to seek the most severe penalties possible in drug cases, including mandatory minimum sentences.

5. …But Fails to Implement a War on Weed, So Far

For all the wailing, gnashing of teeth, and dire predictions of a Sessions war on weed, it hasn’t happened yet. The attorney general has made no secret of his dislike for the demon weed, but that has yet to translate into any firm policy positions or federal crackdowns on marijuana in states where it is legal, for either medical or recreational use. Congressional action continues to bar the use of Justice Department funds to go after medical marijuana, although the future of that law after January 22nd remains in doubt. But there was no bar on going after state-legal recreational marijuana, yet it didn’t happen. Sessions told the House Judiciary Committee in November that the Obama-era Cole memo remains in effect. That memo directs prosecutors to pretty much leave state-legal marijuana alone except for specified concerns, such as the involvement of youth, violence, or diversion. Later in November, Sessions said the Justice Department was still examining the Cole memo, so all is not safe, but today legal marijuana is still standing.

In December, marijuana market watchers Arcview Market Research estimated that retail marijuana sales would hit $10 billion in 2017, up 33% over 2016. But that’s just the beginning, Arcview said. With huge recreational markets such as California (pop. 39 million) and Canada (pop. 36 million) coming online next year, the group expects North American sales to top $24.5 billion by 2021. It’s hard even for a pot-hating attorney general to get in front of that economic juggernaut.

7. Pot is More Popular than Ever

8. No State Legalized Weed, But 2018 Should Be Different

After 2016 saw marijuana legalization initiatives win in California, Maine, Massachusetts, and Nevada — losing only in Arizona, closely — anticipation was high that 2017 would see more states come aboard. It didn’t happen. There are two explanations for this: First, it was an off-off election year and no initiatives were on the ballot, and second, it’s hard to move controversial legislation though the state house. Still, the Vermont legislature actually passed a legalization bill, only to see it vetoed by a Republican governor, and that governor now says he is ready to sign a legalization bill. That could happen as early as next month. Likewise, a number of other states saw legalization bills make serious progress, and we could see those efforts come to fruition in places like Connecticut, Delaware, New Jersey, and Rhode Island. And 2018 will most likely see at least one legalization initiative. Activists in Michigan have already handed in signatures and should have enough of a cushion to qualify for the ballot.

9. Safe Injection Sites in the US Draw Ever Nearer

The harm reduction intervention has been proven to save lives, increase public health and public safety, and get hardcore drug users in touch with medical and social service help, and the message is finally on the verge of getting though in the US. At least two major West Coast cities, San Francisco and Seattle, are advancing plans to open such facilities — although not without staunch opposition — and, under the progressive leadership of young Mayor Svante Myrick, Ithaca, New York, is making similar plans.

Despite the legalization of medical and/or recreational marijuana in various states, despite various sentencing reforms at the state and federal level, despite the growing recognition that “we can’t arrest our way out of this problem,” the drug war just keeps on going. The FBI released its annual Uniform Crime Report in November, and while the numbers are from 2016, this year’s numbers are unlikely to be any better. More than 600,000 people got arrested for marijuana offenses in 2016, down from a peak of nearly 800,000 in 2007, but still up by 75,000 or 12% over 2015. It’s the same story with overall drug arrests: While total drug arrest numbers peaked at just under 1.9 million a year in 2006 and 2007 — just ahead of the peak in prison population — and had been trending downward ever since, they bumped up again last year to 1.57 million, a 5.6% increase over 2015.