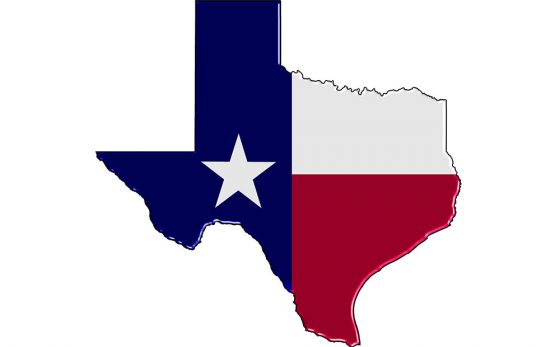 A 6-year-old Texas girl made history on Thursday.

The Central Texas girl, who suffers from intractable epilepsy, became the first person in Texas to receive a legal delivery of medical marijuana grown and produced here in the Lone Star State.

Doctors prescribed for her the low-THC cannabis oil, in the hopes it could help.

“For Texans suffering from intractable epilepsy, the wait for medical cannabis is finally over,” said José Hidalgo, chief executive officer of Cansortium Holdings, the Florida-based parent company of Cansortium Texas, which also operates under the name Knox Medical.

“This is a historic day for Texas and we will work tirelessly to uphold the trust and responsibility the state has placed in Knox Medical.”

The medicine contains the ingredient in a marijuana plant that lets a patient get the medical benefits without the buzz.

Cansortium Texas, one of three companies licensed by the Texas Department of Public Safety to grow and sell medical marijuana in Texas, is the first company to get the product on the market.

Each dose of the medicine, which must be prescribed by a doctor, will be delivered directly to a patient’s home by a nurse or social worker anywhere in the state.

Other marijuana use — for medical or recreation — remains illegal in Texas and more than a dozen other states. But it is legal, in one form or another, in 29 states and the District of Columbia.

Cansortium Texas isn’t identifying the girl who received the first delivery of the medicine.

But they hope this is the first step toward helping Texans.

The low-level cannabidiol she received Thursday is being sold under a 2015 law to help Texans with intractable epilepsy if federally approved medication hasn’t helped.

This culminates a lengthy process that began when the Texas Legislature, led by state Rep. Stephanie Klick, R-Fort Worth, approved the Texas Compassionate Use Act to make use of cannabidiol legal for at least some of the nearly 150,000 Texans estimated to have intractable epilepsy.

Lawmakers have stressed this is an extremely limited form of medical marijuana geared to let patients receive benefits without the high. This medicine does not include THC, or tetrahydrocannabinol, which is the psychoactive ingredient that produces a high.

“The law allows patients with intractable epilepsy to purchase non-psychoactive CBD concentrates from one of three licensed dispensing organizations,” according to a statement from Knox Medical. “Patients with the qualifying condition must receive a recommendation for cannabis use from their board-certified neurologist and a second independent physician.”

Cansortium Texas has been growing plants since September on a 10-acre parcel of land in Schulenburg, a small community east of San Antonio.

There, plants have grown inside MCPU’s, or Moducular Cultivation and Processing Units, with constant security.

Only 15 doctors in Texas — those registered with the Compassionate Use Program — are legally allowed to prescribe the product to treat intractable epilepsy.

Two of those doctors are in North Texas: M. Scott Perry, the director of neurology at Cook Children’s Medical Center, and Bishnu Sapkota, a board certified neurologist with Lone Star Medical Group in Weatherford.

After receiving the prescription, Texans must then potentially pay between $45 and $90 for the medicine.

The Texas Department of Public Safety is overseeing the compassionate use program.

Workers there for months reviewed dozens of applications by companies wanting to legally grow medical cannabis in Texas. Only three licenses have been issued.

Another permit was issued to Compassionate Cultivation, which is growing plants in a more than 7,000-square-foot warehouse in Austin. And a third license was issued to Suterra Texas in the form of a conditional Texas license. This company has yet to receive the final approval needed to plant the seeds.

As for Knox Medical, officials say they are glad to be moving forward with the process.

“Patients deserve medical relief and Knox Medical is proud to work with physicians and caregivers, and in close coordination with the Texas Department of Public Safety, to provide this medicine that exceeds the most rigorous standards for quality and consistency,” Hidalgo said.

Information from Fort Worth Star-Telegram