Nearly two dozen Tennessee stores padlocked for selling CBD are back open after a local judge ordered that keys and cash registers be returned to the 23 stores shuttered Feb. 12 in Nashville suburbs.

Rutherford County Circuit Judge Royce Taylor ordered the stores to be allowed to reopen Friday, the same day that 16 defendants pleaded not guilty to drug charges, according to Nashville TV station WSMV. 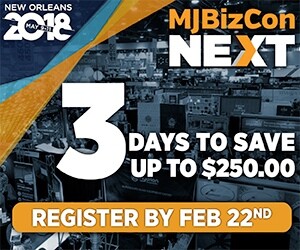 A lawyer representing some of the businesses argued that the CBD products, which included vape pens and gummies, are legal.

Tennessee allows the sale of hemp-derived CBD products if they contain less than .3% THC.

A hearing will be held March 19 to determine whether the product is legal, and Tennessee lawmakers are expected to consider new legislation clarifying how CBD can be sold.

While Judge Taylor was hearing the raid case, some protesters held signs outside the courthouse in support of CBD and hemp products.

“The fact that we’re closing down vape shops for something that is 100% legal just doesn’t make sense to me,” a protester told The (Murfreesboro) Daily News Journal.

The Tennessee situation comes as a federal appeals court in California is considering whether the U.S. Drug Enforcement Administration erred when it proclaimed cannabidiol an illegal drug in late 2016.

The Hemp Industries Association has challenged the federal CBD rule, using cases like the Tennessee raids to argue that the DEA’s rule is leading to the arrests of entrepreneurs selling legal, nonintoxicating products.