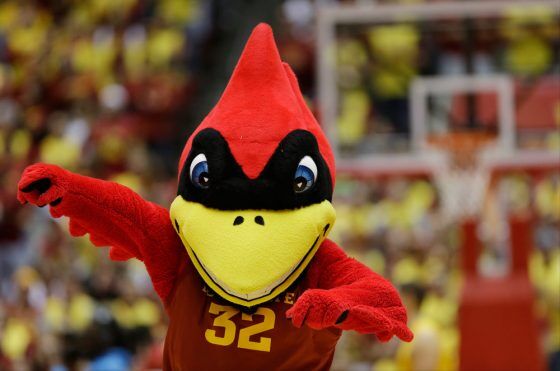 Subject to approval by a state board, the state has agreed to pay $150,000 in damages to two leaders of the university chapter of the National Organization for the Reform of Marijuana Laws whose free-speech rights were violated by campus administrators. The state would pay two law firms that represented the group $193,000 for their efforts to defend against the university’s unsuccessful appeals, and additional fees for their trial work in an amount to be decided later by a judge.

The costs stem from what federal judges found were the university’s politically motivated, illegal attempts to ban T-shirt designs that featured the Iowa State mascot and a small cannabis leaf — and its yearslong, unsuccessful defense of those efforts in court.

“It is an unambiguous win for our clients and for the First Amendment and for an understanding that violating people’s rights isn’t free,” said the plaintiffs’ lead attorney, Robert Corn-Revere. “One reason we urge universities to settle early is to avoid these kinds of expenses.”

He said he expects to request a fee award that is “substantially more” for trial work than the $193,000 awarded for the appeals, based on the amount of time spent. The deal requires the state to increase the amount awarded by $15,000 to compensate lawyers for their time spent on the fee application.

The costs do not include work by the taxpayer-funded Iowa Attorney General’s office, which represented former ISU President Steven Leath and three other administrators who were found responsible for the constitutional violations.

An injunction will remain in effect that bars Iowa State from enforcing its trademark policies in a discriminatory manner and requires the school to allow the NORML group to produce apparel that includes the image of marijuana.

The case began when the Des Moines Register quoted a group representative and published a picture of the group’s shirt in a November 2012 article about efforts to legalize marijuana. The shirt, which had previously been approved by the university, featured the group’s name on the front with Iowa State’s Cardinal mascot and “Freedom is NORML at ISU” on the back with a small cannabis leaf.

Leath, who left last year to become president of Auburn University, saw the article as a public relations problem after aides to Iowa House Republicans and then-Gov. Terry Branstad inquired about whether the university was supporting the group’s pro-marijuana stance. Administrators blocked the group’s pending re-order of the shirt and other designs featuring marijuana leaves, rewriting trademark guidelines to ban the use of school logos on shirts that feature “drugs and drug paraphernalia that are illegal or unhealthful.” NORML ISU is one of 800 recognized student groups, which have the right to use school trademarks.

The 8th U.S. Circuit Court of Appeals ruled 2-1 in June that Iowa State’s actions amounted to viewpoint discrimination, saying NORML ISU was singled out for “unique scrutiny” because the university opposed its political message. The ruling held that the administrators weren’t entitled to qualified immunity for their actions, which allowed claims for compensatory damages and attorneys’ fees against the officials.

In a letter to the State Appeals Board, Iowa Solicitor General Jeffrey Thompson said settling “is in the state’s best interests” rather than having a trial to decide damages. The board will consider the deal Tuesday afternoon.

The former students, Paul Gerlich and Erin Furleigh, who filed the lawsuit in 2014, would each receive $75,000 for their “emotional distress” under the proposed settlement.