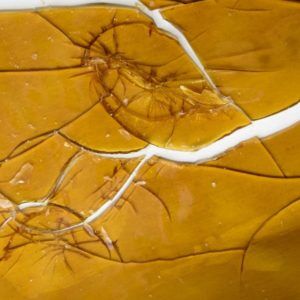 SOME TIME AROUND the mid-aughts, folks in the weed industry began to notice a shift in the market. Pot smokers were smoking less, and dabbing more—heating the plant’s oily extracts to inhale high concentrations of hallmark marijuana molecules like THC. Extracts, which go by names including shatter, batter, wax, dabs, and honey, weren’t just stronger than their plant-based starting materials. They were also more convenient to consume and easier to use discreetly. Elevated by its potency and portability, formerly-niche cannabis oil was going wide.
Today, extracts are more popular than ever. Dispensaries that use the cannabis database Leafly to organize their inventories have added 300,000 concentrate items to their offerings since the beginning of the year—an almost 600 percent increase over the same period last year. To keep up with demand, extraction labs and equipment manufacturers have developed increasingly sophisticated apparatuses to produce the stuff, and safer, higher-volume production methods.

These advances have afforded cannabis extracts—the intense highs of which have drawn misgivings from researchers and policymakers—a measure of legitimacy; last December, when California issued its initial round of business licenses for its legal marijuana market, the state gave its first temporary license to Moxie, a company known for its cannabis extracts. [Read more @ Wired]