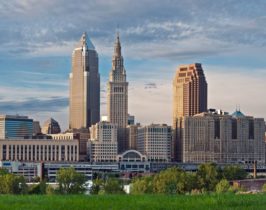 The system for awarding the precious few medical cannabis cultivation licenses in Ohio was already under the microscope after the revelation that a judge had a felony drug conviction.

And now it’s come to light that a second consultant involved in scoring MMJ grow applications has ties to one of the permit winners.

Keoki Wing, who was hired by the Ohio Department of Commerce to help score cultivation applicants, worked for Nature Med and AOW Management until 2016.

Both companies are owned by the president and CEO of Arizona-based Harvest Grows, the 12th cultivation license winner in Ohio, The Plain Dealer reported.

The state commerce department hired Meade & Wing, Wing’s consulting business, along with two other consultants to help score business permit applications. The contract was worth $150,000 to Wing, but so far his consulting company has been paid only $43,971.

Meanwhile, the commerce department said it was unaware the other consultant in question, Trevor Bozeman, had a prior felony drug conviction for marijuana possession.

Justin Hunt, COO of the Ohio Medical Marijuana Control Program, told The Plain Dealer that the agency “vetted each consultant to make sure there was no conflict of interest.”