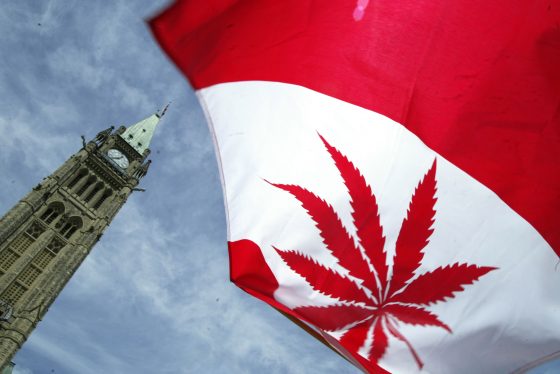 A couple of Toronto police officers over the weekend apparently auditioned for a role in the next installment of Super Troopers.

After police raided a marijuana dispensary Saturday night, the two officers who were in charge of guarding the seized items allegedly sampled the goods — with disastrous results, the Toronto Sun reports

A source told CBC News that the officers said they were experiencing “hallucinations.”

After the two stoned officers became separated, one officer allegedly phoned an off-duty colleague, who then called in “officer needing assistance,” according to the Sun. The tabloid reports that one of the officers was later found in a tree.

Three officers were actually taken to a hospital for treatment — unfortunately, an officer responding to the scene slipped on ice and injured her head, also requiring medical attention, according to the Sun.

It’s unknown if the officers were actually a part of the raid, CBC News reports.

The two officers involved in the edibles consumption have been suspended, CBC News reported.