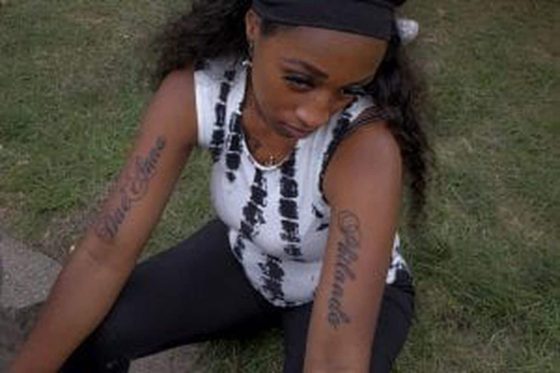 Philando Castile’s death was live-streamed on Facebook by his girlfriend in the moments after Castile was shot by a Minnesota police officer during a traffic stop in 2016.

The world came to know him for that tragic event, but in his Minnesota community, Castile was known as “Mr. Phil,” a kind man who supervised the food program in an elementary school cafeteria and knew the children by name. He would often reach into his own pocket to pay for lunch if a child didn’t have enough money to cover it.

So to honor his memory, a Minnesota college class raised money to pay the lunch debt of students at his former school, J.J. Hill Montessori. The response was so big that last week they raised enough money to cover the debt of all students in the St. Paul Public School system, and then some.

“Mr. Phil is still helping to feed these kids a good meal,” said Pam Fergus, a psychology professor at Metropolitan State University in St. Paul, who started the fundraiser in her diversity and ethics class. She said she’s been overwhelmed by the generosity and outpouring of support.

“That is a lot – a lot – of money,” Fergus said. “It’s not going to stop, the money will build until kids just get lunch, until it’s paid for. That’s my goal. Kids shouldn’t be shamed because they don’t have money for lunch.”

Fergus’ students mostly have fundraised through social media, but are now making plans to hold a 5K race, as well as other methods of raising more funds.

The money goes to the kids who fall through the cracks of the federal free and reduced lunch program, which is supposed to ensure that all kids eat lunch.

While about 70 percent of the students in the St. Paul Public School District fall below the federal income guideline for poverty and are enrolled in the free or reduced lunch program, many others qualify but don’t fill out the paperwork to get the benefit. Others have gotten into the program midyear, but still have debt from earlier in the semester.

Then there are families who are enrolled in the reduced price lunch program but have trouble paying the 40 cents a day, or they are just above the cut-off for free or reduced lunch, but still struggle to pay the $2.50 cost for the mid-day meal.

“Many are working poor and have to choose between school lunch or school supplies,” said Stacy Koppen, director of nutrition services for St. Paul public schools.

The school system, which has 38,000 students in 56 schools, provides free breakfast for all.

“All of the research tells us we don’t pay attention, and our memory is awful if we are hungry,” Fergus said. “For many of the kids, school is their safe place where people are nice to them and where they go to eat. People take care of them there.”

Fergus’ students are helping families fill out the paperwork who qualify for free or reduced lunch but aren’t enrolled in the program.

When the fundraiser began in the fall, the first $10,000 that was raised was delivered to J.J. Hill Montessori by Castile’s mother, Valerie Castile, and erased debt for families who were either in the free lunch program but still owed past money, or were in the process of submitting paperwork.

Another installment of $35,000 was delivered to the schools last week, and the media attention from that amplified the fundraiser, which is still gaining steam.

Across the system right now, there is a total of $102,000 in lunch debt that will be wiped out by the money raised, Koppen said. But as the school year progresses, that number grows, she said.

With any excess funds, Fergus said she’s looking to make a dent in school lunch debt outside of the St. Paul district

“This is getting bigger,” she said. “We hope this expands beyond St. Paul.”

Fergus said she became motivated to help honor Castile’s legacy in the summer when the police officer who killed him – Jeronimo Yanez of the St. Anthony, Minn. police department – was acquitted of criminal charges stemming from the shooting.

A police dashboard-camera video of the shooting shows Castile, 32, calmly explaining to Yanez, 28, that he had a gun in the car. Castile was with his girlfriend, Diamond Reynolds, and her 4-year-old daughter. Yanez tells Castile not to reach for the gun, then shoots him. In the aftermath of the shooting, Reynolds tells Yanez that Castile wasn’t reaching for his gun, he was getting his identification.

Reynolds then live-streamed the aftermath, which the day after the shooting had already been watched more than 2 million times. Yanez is no longer with the department.

Fergus said there were protests after the acquittal, which she attended, but she wanted to do more. When she read about Castile’s case in the news, she learned about his generosity to the kids, and decided that continuing those efforts was a perfect way to honor him. She has been working closely with Koppen and the school system to coordinate the donated funds.

“The reason this resonates so well is that he reached in his pocket every day without asking or letting us know,” Koppen said. “Now we’re giving people the option to pay for students’ lunches out of their pockets. It’s something that is so true to who he was.”