Skip to Content
Home All Posts News Op-ed: We got into medical marijuana to help people – now we’re under siege
Share
0 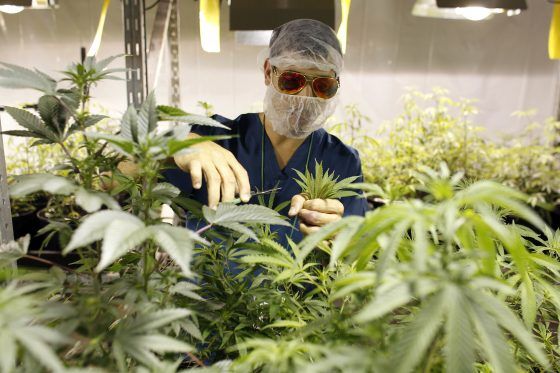 By Amy Weiss and Lou Weiss, Special To The Washington Post

We’re deeply unhip 60-year-olds. One of us, Lou, has never smoked pot in his life. The other, Amy, hasn’t tried it since high school.

At the moment, our business is still protected by federal law, thanks to temporary legislation that bars the Justice Department from using federal funds to crack down on the drug used for medical purposes in states where it’s legal. But that protection is on shaky ground. Congress needs to reauthorize or extend the protection as part of its spending bill by Friday, or our business – designed to help people with pain in their daily lives – will be at risk.

Given that we’re parents exhausted from raising four daughters, getting into a new business is probably the last thing we should be doing. But when we look at the potential benefits of this drug, we had to act.

Two years ago, we helped form a group that serves as the basis for a company with a Pennsylvania license – one of only 12 granted so far – to help those in pain. The group includes a doctor, some lawyers, accomplished business people and experts at growing and processing medical marijuana.

When people find out that we of all people are involved in the medical pot business, they make all kinds of jokes. It’s true: AK-47, Train Wreck and Durban Poison don’t exactly sound like medicine to us. But if AK-47 helps with spasticity, Train Wreck with seizures and Durban Poison with epilepsy, then we can easily live with those funky monikers.

Every morning when we open our local newspaper, we see the heartbreaking effect of opioid addiction. Sometimes it’s two souls lost, sometimes three. Most are young, beautiful people. More and more of the obituaries honestly admit that the cause of death was opioid or heroin addiction. But we have never heard of someone overdosing on marijuana. And in fact, states that approved medical marijuana have reportedly seen a 25 percent reduction in opioid-related deaths.

A few years ago, Lou’s sister was dealing with primary liver cancer. One thing that helped her deal with the pain was marijuana-infused brownies that a friend of hers sent in from California. Likewise, when Amy’s mother was suffering with terminal lung cancer, the opiates prescribed for her caused constipation and left her in a constant fog, not remotely herself. But medical-marijuana brownies given to her by a friend of a friend eased her pain and helped her to develop a bit of an appetite. She even laughed and preserved part of her personality. Every hospice professional we spoke to approved of the brownies.

Lou has a diagnosis of multiple sclerosis, which is one of the conditions that the Pennsylvania law allows prescriptions for. We know of other people with MS who suffer with severe spasticity that have been helped by medical marijuana. We have seen firsthand how medical marijuana relieves suffering.

The same medical marijuana our company will grow is already helping patients in Nevada and California. We will produce our medical marijuana in a sterile, pharmaceutical environment, constantly testing and purifying the plants from any chemicals used in processing. We will also precisely label THC and cannabidiol content for each extract and recommend useful applications of our products for specific diagnoses. At the same time, we’ll be able to conduct long-lasting, serious research on which strain works best for which illness.

Sessions has said that “good people don’t smoke marijuana.” While Pennsylvania does not allow marijuana in plant form to smoke, with all due respect, we beg to differ. Who among us knows when we will have a child a parent or a spouse who is suffering the pain of chemotherapy or epileptic seizure, or who is not responding well to a hospice treatment? Don’t we want the best methods of pain relief for our loved ones?

Lawmakers in Congress need to ensure that medical marijuana remains protected. If they will not, prosecutors need to exercise their discretion and allow businesses like ours to operate.

After weighing the pros and the cons of medical marijuana, we come out strongly in favor of the sensible and regulated approach that Pennsylvania is taking. We are proud to be among those who made a difference in helping our family, friends and neighbors deal with their pain.

Amy Weiss is a sweat-equity partner in a group that has a license to grow and process medical marijuana in Pittsburgh. Lou Weiss, her husband, is a carpet salesman.