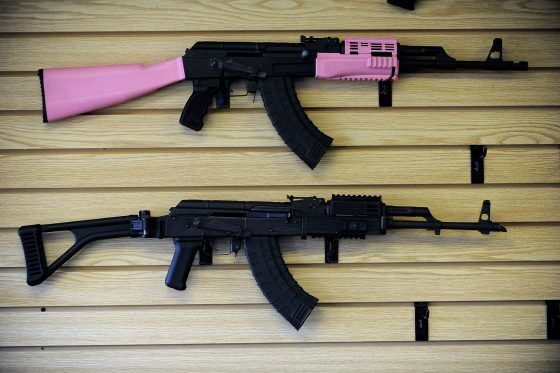 By The Eugene Register-Guard Editorial Board

Via The Associated Press. The following editorial was published in the The Eugene Register-Guard, Jan. 17:

Say what you will about U.S. Attorney General Jeff Sessions, he may have succeeded in finding common ground for conservatives and liberals where others have failed.

Sessions announced earlier this month that he is rescinding the Obama administration’s policy on marijuana, which was to take a hands-off approach toward law enforcement in states that legalized it as long as they kept it out of the hands of children, criminal gangs and people living in other states where marijuana is not legal.

Federal officials are leaving how to enforce the new policy up to the U.S. attorneys for each state, offering only the vague guidance that the attorneys should follow “well-established” principles.

Oregon U.S. Attorney Billy Williams — who could be forgiven for occasionally rethinking his career choice these days — has claimed something of a middle ground. Williams says he will target those who are exporting marijuana from Oregon to other states that have not legalized it — a no-no even under the Obama policy — and criminal organizations.

But, while the dust was still settling on Sessions’ initial announcement of a change in federal marijuana policy, another issue involving marijuana popped up: guns.

What seems to have triggered this association was the decision by Pennsylvania to begin a medical marijuana program, with the first dispensary scheduled to open next month.

The president of the Pennsylvania District Attorneys Association promptly said that federal law prohibits marijuana users from having guns or ammunition. “They’re going to have to make a choice. They can have their guns or their marijuana, but not both,” John T. Adams told The Associated Press.

Marijuana users who are also strong gun-rights supporters were simultaneously up in arms and puzzled. “I don’t know of any time anyone’s been using marijuana and committing acts of violence with a gun,” one Pennsylvanian said. “Most of the time they just sit on their couch and eat pizza.”

Sessions’ war on marijuana — a throwback to the days of “Reefer Madness!” — is in and of itself puzzling. Although more scientific research on marijuana is needed — federal laws currently restrict this — the opioid epidemic and related increase in heroin usage are of far greater concern nationally.

Also puzzling is the National Rifle Association’s silence on the subject of gun owners’ rights. This is an organization that has been unwilling to brook any discussion of laws aimed at decreasing mass shootings in the U.S. if they involved limitations on gun ownership.

If the NRA is willing to tacitly concede that it is all right to ban marijuana users from owning and bearing arms, then surely there is good cause to look into ways to restrict gun ownership among people who pose a far greater risk, such as those on no-fly lists or suffering from a severe mental illness that impairs their judgment. Tackling these issues would put Sessions squarely in line with the majority of Americans. Guns and drugs are two of the most controversial topics in America today. Sessions is doing nothing to work toward a sensible policy for either.