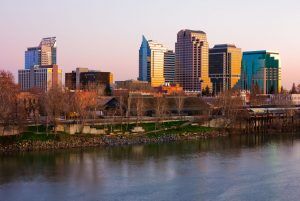 So, how are things going?

Depends on whom you ask.

But the general consensus among business owners, advocates, regulators and elected officials is there’s still a mountain of uncertainty and troubles ahead before California’s cannabis market truly stabilizes. 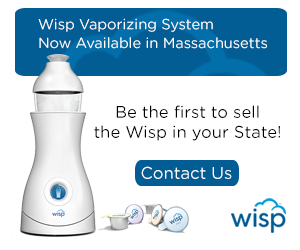 “She then ticked off a laundry list of problems:

“People think (cannabis legalization) is done and things will go their natural course and everything will be just fine,” said Lackey, who spoke at the CCIA conference. “Well, it’s not.

“It’s off to a very jagged start, and we better fix it right away.”

For his part, Lackey is trying to be part of the solution.

The Southern California Republican is co-sponsoring a bill to temporarily lower MJ taxes in the state to help drive customers toward law-abiding retailers and away from their tax-avoiding, unlicensed competitors.

Lackey’s measure is one of roughly 40 marijuana-related bills that have been introduced in the Legislature, said Amy Jenkins, a CCIA lobbyist.

The bills range from small regulatory tweaks to bigger changes like establishing a state-chartered bank for cannabis companies.

Some other solutions might be forthcoming when the agencies that oversee the industry – the Bureau of Cannabis Control and departments of Food and Agriculture, and Public Health – release their final cannabis regulations later this year.

At the forefront of the myriad issues facing California’s cannabis entrepreneurs are:

Though it’s not the only problem, illicit cannabis may be a microcosm of the California industry’s headaches.

“If the job was to go after the black market and to achieve a thriving white market, then we’ve failed, three months in,” McGowan said.

‘Sitting on their hands’

There are inherent systemic problems for a state government that’s attempting to convince thousands of gray- and black-market businesses to opt into California’s regulated system, especially while also giving cities and counties an enormous amount of deference.

One of the industry’s immediate concerns is that only about 33% of municipalities and counties have adopted some authorization for medical or recreational MJ companies, according to McGowan.

That means two-thirds of the state is off-limits to companies trying to find spots to do business.

“If there’s (no governmental support) locally, then there’s no option for a state license, and that’s why most people are being shut out at this point in time,” said the CCIA’s executive director, Lindsay Robinson.

“The process gave local authorities an option to kind of sit on their hands, and that’s the biggest barrier that we’re seeing.”

According to a CCIA tally, only 4,642 cannabis businesses have obtained temporary licenses to operate in the legal market, far short of the tens of thousands of unlicensed operators that comprise the largest MJ market in the world.

The dearth of licensed businesses is also stoking fears of a marijuana supply shortage come July, when retailers will be allowed to sell only products that have met strict testing standards.

CCIA estimates that only about 20 testing labs have obtained temporary business licenses from the state and are prepping for what will likely be a huge rush of cannabis to be tested before it can be sent to market.

“These labs aren’t able to build up the way they need to, to be prepared for July. That’s a huge concern,” said Josh Drayton, CCIA’s communications director.

A supply shortage – which several industry observers described as “imminent” – could drive up prices for flower and wreak even more havoc in an already-turbulent market.

Such a shortage would make it difficult for edibles makers to fill orders, for example.

Then there are the problems that arise from day-to-day operations and a lack of understanding of already-established protocols, according to McGowan.

“Distribution is a disaster,” she said, highlighting one example.

She believes many of them are accidentally setting themselves up for failure by not charging buyers the state-required 15% excise tax.

“… They think that the retailer is responsible for it,” McGowan explained. “So these distributors are going to get hit with a massive tax bill once there’s an actual track-and-trace program that’s been implemented.”

Eventually, she surmised, that situation will lead to a dearth of distributors and retailers will then be scrambling to stock legal inventory.

“As soon as (distributors) do get hit (with a bill for back taxes) and are forced to close or come up with massive amounts of money that they owe to the state, we’re going to be left with a handful of distributors,” McGowan said.

“And distribution is the key to this entire thing.”

Another key, according to CCIA’s Robinson, is the state’s marijuana traceability program.

Franwell’s Metrc system isn’t fully functional yet, nor has the state released a mandated traceability training program for businesses and their employees, according to Robinson.

All these issues are simply scratching the surface, as unanswered operational questions remain for delivery businesses, growers, manufacturers and other MJ companies.

“It’s a really complex system trying to fit into a framework that’s already been up and running on its own for 30 years and already is a multibillion-dollar industry,” Robinson said.

“We’ve still got a ways to go, no doubt. But we’re trying to be optimistic. I will say that.”

$1.99 (as of April 4, 2020 - More infoProduct prices and availability are accurate as of the date/time indicated and are subject to change. Any price and availability information displayed on [relevant Amazon Site(s), as applicable] at the time of purchase will apply to the purchase of this product.)

$0.00
Talk to Tom and Ben: See them take turns to repeat... read more
(as of April 4, 2020 - More infoProduct prices and availability are accurate as of the date/time indicated and are subject to change. Any price and availability information displayed on [relevant Amazon Site(s), as applicable] at the time of purchase will apply to the purchase of this product.)

News of the World: A Novel

$11.99 (as of April 4, 2020 - More infoProduct prices and availability are accurate as of the date/time indicated and are subject to change. Any price and availability information displayed on [relevant Amazon Site(s), as applicable] at the time of purchase will apply to the purchase of this product.)