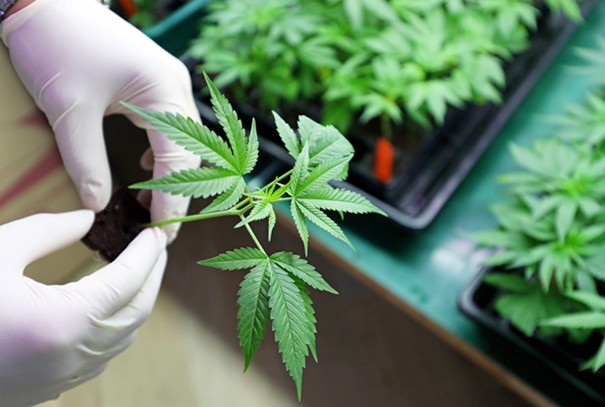 In Colorado, 155,142 people work in construction, 219,659 in education and 23,541 in mining, according to the 2016 counts kept by the state Department of Labor and Employment. But CDLE’s economic analysts don’t count how many people work in the cannabis industry.

It’s frustrating, since job creation was one of the primary benefits touted by supporters of 2012’s Amendment 64, the state law that legalized recreational marijuana. Bill Thoennes, CDLE spokesperson, says labor statistics for the industry “should be counted” because employment data would be highly useful to workers, investors and job-seekers, as well as economists, researchers and government officials. “But,” he says, “here’s the problem: Since legalization first of medical, then recreational, the federal government never considered it to be an actual industry.”

Indeed, marijuana remains classified as a Schedule I substance, illegal under federal law. As such, there’s no North American Industry Classification System (NAIC) code for the marijuana industry. That’s the national system that codes businesses by activity for purposes of tracking, analyzing and publishing economic information. Various federal agencies use NAIC codes, including the U.S. Bureau of Labor Statistics, which feeds the CDLE. So, no NAIC code, no state-level data.

That said, the need for more data has been recognized, and work is underway to shed more light on the growing industry.

Despite federal limitations, CDLE has tried to paint a picture of employment in cannabis by cross-referencing its own unemployment insurance data with the Colorado Department of Revenue Marijuana Enforcement Division’s (MED) licensing rolls. “That gives us a feel for how many people are working in the production and sale of marijuana,” says Thoennes. “But, the ancillary work, like driving and delivery, we’re unable to capture.”

Badges, or occupational licenses for industry workers, don’t necessarily translate one-to-one into the number of jobs either, since not all jobs require a badge and not everyone with a badge actually works in the industry. For what it’s worth, according to MED, there are over 37,000 badge holders in the state as of the beginning of January 2018.

However, CDLE economists consider the Marijuana Policy Group (MPG) a reliable source for quantifying cannabis jobs. MPG, a private consulting firm founded in 2014 by researchers from the University of Colorado Boulder Business Research Division and BBC Research & Consulting in Denver, developed a way to measure job creation based on sales and tax revenue figures. (The report, called “The Economic Impact of Marijuana Legalization in Colorado” and released in October 2016, was funded by the firm — not by the industry or the state.)

Using employment ratios, which are perhaps best understood by someone with a Ph.D., the researchers calculated that about 18,000 jobs were created through 2015, with about 12,000 of those being direct employment, or jobs in cultivation, manufacture or retail. At this point, based on an estimated $1.5 billion in sales in 2017, the number of jobs in Colorado’s cannabis industry likely sits around 27,000.

While the formulas give us a rough estimate of the number of marijuana jobs in the state, they say nothing about their nature. And, in fact, a lot of what we know about the industry is anecdotal, from stories of people migrating en masse seeking cannabis work in rec-legal states to masses of workers being paid under the table in cash, since the industry has little or no access to banking services. It all may well be true, but there’s not any comprehensive, rigorous research to back it up like there is in other, more long-standing industries.

Two professors in Colorado State University-Pueblo’s Hasan School of Business are trying to change that.

Pat Radigan and Brad Gilbreath presented their proposal at the first Institute of Cannabis Research (ICR) conference last April, designed a study this summer and began collecting data this fall. They’re essentially trying to measure job quality in Pueblo’s cannabis industry using a number of tried-and-true indicators like compensation, turnover rates and commitment. Radigan tells the Independent their online survey is designed to probe deeper, too. “I think [working in weed] has a fundamental appeal to certain people,” he says. “But, is that passion coupled with [the ability] to take care of a family or is it just a job you get out of college to do before finding a ‘real job?’”

Since the survey went live in September, responses have been few and variable (which is not ideal for determining statistical significance). “It’s been slow going,” Radigan says. “We may open it up statewide.” He suspects that workers are too busy to take a 20-minute survey or perhaps skeptical of his motives. “We’re not going to sell people’s information,” he says, “and there’s like double protection of their identities.”

Business owners and managers have mostly been willing to encourage their employees to participate, he adds, likely because they see value in knowing about workers’ satisfaction and grievances. Included in the survey are questions about age, gender, race and education level. That’s because demographic information on the cannabis industry is mostly produced (and paid for) by the industry and not scientific in its methodology. In addition, given that most of the existing research is only accessible at a price, Radigan doubts it’s been properly peer-reviewed.

The existing studies offer conflicting findings. For example, one study by New Frontier Data, an analytics firm that caters to cannabis investors and entrepreneurs, reported that women make up over half of ownership and management among cannabis companies. Another report by Marijuana Business Daily, however, stated that women represent just a quarter of owners, founders and executives.

Radigan and Gilbreath hope to fill in that demographic picture with their findings. If all goes well, they will present those at this year’s ICR conference, at CSU-Pueblo from April 26 to 28.

One thing Radigan is certain of: The cannabis industry, with all its unorthodox ways, won’t be easy to compare to more traditional sectors. “Turns out,” he says, “this is such a weird industry.”