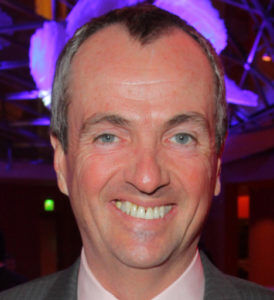 In his address, Governor Murphy explained:

We must also make sure we are investing not just in individuals, but also in entire communities – particularly our long-overlooked urban neighborhoods. We must recommit to opening the doors to economic opportunity for the thousands of young men and women – especially young men and women of color – jailed for non-violent drug-related offenses. Our current system has failed them, and put a mark on them that they will carry for their entire lives, preventing them from furthering their educations or getting jobs.

It’s the principal reason I advocate for legalizing adult-use marijuana. According to research, New Jersey spends upwards of $140 million per year adjudicating low-level marijuana possession offenses. And, marijuana-related arrest rates are tilted three-to-one against African-Americans, even though rates of marijuana use are similar among races. [Read More @ Lexology.com]

Rob Meagher, CBE’s Founder, President and Editor-in-Chief is a 30 year veteran of the media world. His career has spanned from stints representing the Washington Post, USA Weekend, Reader’s Digest, Financial World & Corporate Finance to the technology world where he worked at International Data Group, Ziff Davis before starting his own Marketing and Publisher’s Representative Firm. He also ran all print and online media sales and marketing for the Society for Human Resource Management before partnering with Forbes and then Fortune to create Special Sections covering a variety of topics. Rob enjoys golf in his spare time with his wife Lyn and has two sons that occasionally help-out at CBE Press.