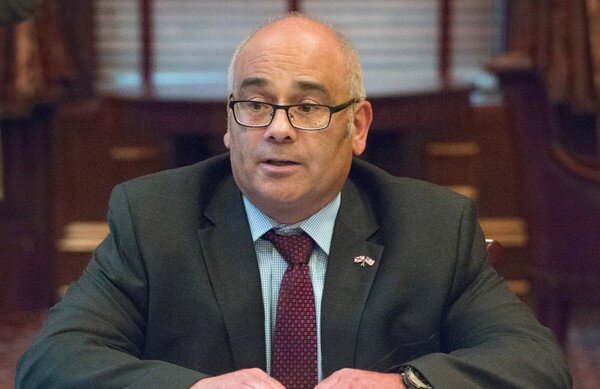 TRENTON – New Jersey could become home to hundreds of legal marijuana dispensaries and users would be allowed to grow legal weed at home under new marijuana legalization legislation introduced Tuesday.

The bill, proposed by Assemblyman Reed Gusciora, D-Mercer, calls for a much more open market than first envisioned by proponents, with some 400 marijuana dispensaries and a lower tax rate on legal weed.

The Senate and Assembly are expected to try and find common ground between Gusciora’s bill and the one proposed by Sen. Nick Scutari, D-Union, which took a more conservative approach to the state’s nascent legalization movement

Gov. Phil Murphy, as a candidate for the office he has held since January, made marijuana legalization a priority, citing social justice concerns. In his budget address Tuesday, Murphy said he was committed to passing a legal weed bill this year.

But marijuana legalization has become a galvanizing issue, with legislators on both sides of the aisle rallying against it.

Instead, some are proposing marijuana decriminalization, in which marijuana offenders would be subjected to penalties similar to a traffic ticket. [Read more at app.]