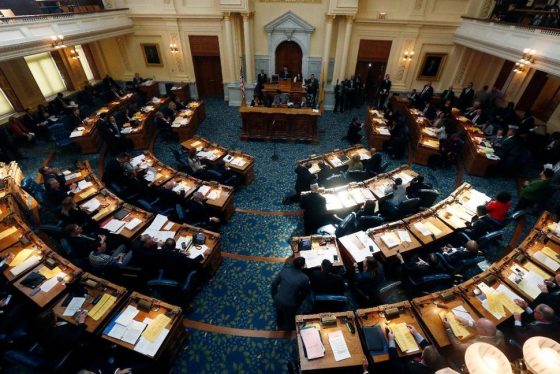 TRENTON, N.J. — A bipartisan group of lawmakers urged caution on marijuana legalization on Thursday and instead introduced legislation to eliminate penalties for possessing small amounts of the drug.

The lawmakers’ effort offers a counterpoint to Democratic Gov. Phil Murphy, who campaigned and won election in November while promising to legalize the recreational use of marijuana.

But Rice has been skeptical, calling for hearings across the state to examine the issue, with meetings in Jersey City, Elizabeth and Atlantic City set for later this year. Instead, he’s calling for decriminalizing marijuana in an effort to reduce the number of people, particularly minorities, in state prisons.

“I think this whole legalization stuff has to slow down,” Rice said.

Under the bill, residents could possess up to 10 grams (0.35 ounces) of marijuana. The measure also would eliminate penalties for being under the influence of marijuana.

The sponsors want to reduce the number of people who face criminal prosecution over small amounts of the drug. Rice cast the measure as a civil rights concern. He also said he’s worried that lawyers and business interests will benefit more than potential small business operators.

He said the new bill would unintentionally support the black market and help illegal drug dealers because if small amounts of the drug are permitted then users would have to obtain them from somewhere.

“You’re driving people to interact with drug dealers,” he said.

Eight states and the District of Columbia have marijuana for recreational use. Vermont will become the ninth state when its law takes effect in July. Vermont was the first state to approve the drug through its Legislature; the other states did so by a vote of their residents.

A pending legalization measure in New Jersey would approve the drug through a legislative vote.

The Department of Justice in January overturned guidelines from President Barack Obama’s administration that federal prosecutors shouldn’t interfere with states allowing people to legally use pot. But that doesn’t change anything for New Jersey, according to Democratic state Sen. Nick Scutari, who sponsors the bill to legalize marijuana.