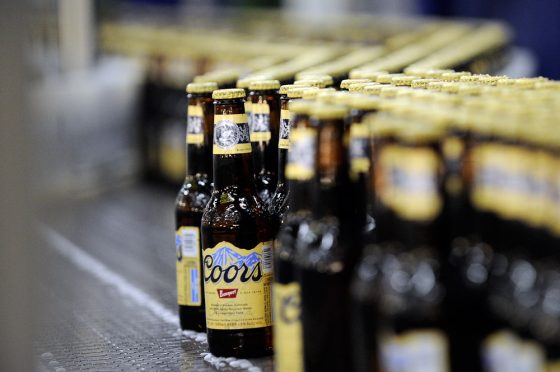 Molson Coors, which maintains headquarters in Denver and Montreal, on Wednesday joined the growing ranks of established, traditional publicly traded companies to address the burgeoning marijuana industry in their annual financial reports filed with the U.S. Securities and Exchange Commission.

In the 10-K filings made Wednesday, officials for the multinational brewer disclosed they’re keeping close watch on how legal cannabis sales affect consumers’ pocket money and, ultimately, sales of beers like Molson Canadian, Miller and Coors.

“As the legal landscape changes in Canada and evolves in the U.S., we are working actively to understand the impacts on our business, if any, and the range of appropriate responses in the interests of our company and our stakeholders.

“We’ll take our time and get it right, consistent with our values as a company and our commitment to responsibility.”

The routine and required “risk factor” disclosures can vary widely in reach — including concerns about climate change, avocado shortages and political policies — as well as depth (Molson Coors’ latest 10-K includes more than 40 risks on 10 pages of the filing). As cannabis legalization efforts have ramped up across the United States and the globe, more companies have started to include marijuana among potential risks.

That’s been true in the beer industry.

Some beer companies are monitoring whether to enter the market and others have already taken the leap. Last fall, Constellation Brands invested $190 million in Canada marijuana firm Canopy Growth Corp. with a plan to eventually develop cannabis beverages for adults.

Molson Coors on Wednesday reported fourth-quarter and full-year financial results. The company posted net sales of $2.58 billion for the most-recent quarter, up from the $2.47 billion a year before. Annual sales ticked up slightly to $11 billion from $10.98 billion.