Skip to Content
Home All Posts News Merging Alcohol and Cannabis – Is This the Future of the Marijuana Industry?
Share
0 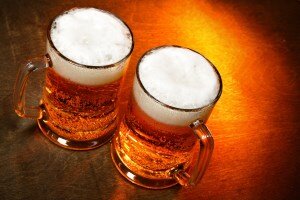 The company with the most money wins. This is often the case in business, but in the growing marijuana industry where savvy startups have led the way over the years, the environment has been quite different. That could be changing soon if highly capitalized alcohol companies continue eyeing the cannabis industry.

These research results mirror other studies. For example, a 2016 study of beer sales in Colorado, Oregon, and Washington found that retail beer sales dropped in the years following adult-use marijuana legalization. Furthermore, a 2017 study by IRI and CannaBiz Consumer Group discovered that 5% of adults would stop drinking beer if marijuana was legally available in their states. IRI analysts found that recreational marijuana could steal 7.1% of the beer industry’s revenue, and the beer industry could lose $2 billion if adult-use marijuana was legalized in all 50 states.

However, things could be even worse for the alcohol industry. Cowen & Co. reported that 80% of consumers reduce their consumption of alcohol when marijuana is accessible to them. The news for the alcohol industry is even more troublesome if you focus on younger consumer demographics. According to a study of marijuana users in California conducted by Monocle Research and OutCo, 51% of millennials choose cannabis over alcohol with 34% choosing it over beer, 18% choosing it over wine, and 14% choosing it over spirits. Among Generation Xers, 20% will substitute marijuana for alcohol as will 8% of Baby Boomers.

Based on these statistics, there can be no doubt that both medical and recreational marijuana have a direct effect on the sales of alcohol, including beer, wine, and spirits, and the effect is larger among younger consumers. The question then becomes how will alcohol companies respond?

Things really started to change in 2017 when a number of alcohol companies began publicly addressing the threat in their 10-K filings. Molson Coors’, Boston Beer Co., Craft Brew Alliance, Brown-Forman, and more have disclosed in their annual financial reports that marijuana legalization could have a negative effect on sales and revenue.

If we look at Canada as an example, alcohol companies have seemed to prefer the merger and acquisition route into the cannabis industry. For example, in October 2017, Constellation Brands (its brands include Corona, Modela, and Pacifico) acquired a 9.9% stake in Canopy Growth Corp., which is a leading marijuana producer in Canada. Together, the companies plan to develop cannabis-based beverages.

Other cannabis companies ripe for acquisitions in Canada include Aphria, Aurora, and MedReleaf. Another viable option would be to acquire Province Brands which has a patent pending in Canada for producing alcohol-free cannabis beer and raised more than $75 million in venture capital to do it.

In the United States, alcohol companies with deep pockets could easily afford to acquire the largest marijuana companies. In fact, alcohol companies acquiring cannabis companies isn’t new in the United States. Heineken already owns California’s Lagunitas Brewing and its cannabis-infused beers. In the future, Dixie Elixers, which already makes a line of cannabis-infused sparkling beverages, could be a prime target for acquisition. Its experience in the cannabis beverage market could be very attractive to big alcohol.

Other startups to watch in this space include Monk Provisions with its THC-infused sodas and proposed craft cocktails and infused premium spirits coming this year, Humboldt with its 80-proof organic vodka infused with hemp, Coal Creek Distillery with its hemp-infused whiskey, Coalition Brewing with its infused beers, and Fairwinds Manufacturing with its popular THC-infused coffee.

Alternately, big alcohol could consider smaller companies that have already developed beverages that fuse marijuana with beer like Dad & Dude’s Breweria’s Cannabeer brand out of Aurora, Colorado or companies that have already created alcohol-free cannabis beverages such as Rebel Coast Winery out of California which sells an alcohol-free cannabis sauvignon blanc or Colorado’s Toast, which plans to release a cannabis version of Scotch whisky in 2018. Interestingly, Toast was co-founded by Budweiser’s former chief marketing officer.

Constellation Brands isn’t the only big alcohol company looking closely at the effects of marijuana on their revenues as well as potential opportunities to enter the cannabis market themselves. Beverage analysts say Molson Coors Brewing Co., Anheuser-Busch InBev NV, Diageo PLC, and Pernod Recard SA are all considering cannabis-related opportunities.

Is the Marriage of Alcohol and Cannabis Coming Soon?

While it’s unlikely that the marriage of alcohol and cannabis will come in the short-term in the United States, there is a high likelihood that big alcohol will stake its claim in the industry in the coming years, particularly as more states legalize adult-use marijuana and federal legalization happens.

In Canada, the story is quite different. Constellation Brands’ acquisition of a 10% stake in Canopy Growth Corp. won’t be the last merger or acquisition that we’ll see as big alcohol companies look to add cannabis products to their brands rather than replace alcohol products. The questions at this point are which big alcohol brand will be next, and which marijuana company will they acquire?