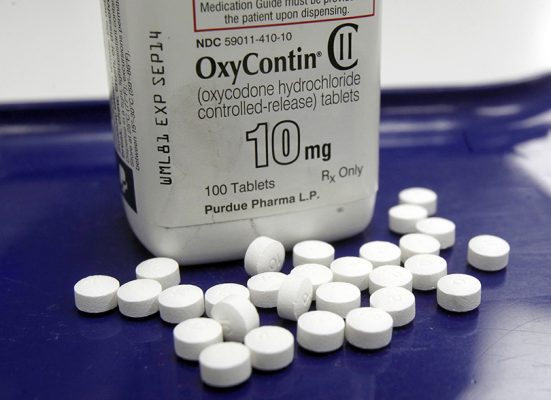 “I was determined to come completely off opioids,” said Harp, who has had seven back surgeries spanning from 1986 to 2017 as a result of an injury suffered while working at a Georgia lumber company in 1985.

“Doctors put me on opioids back in 1985, and I’ve now been on every kind, from Percocet to OxyContin. It’s no wonder we have an opioid epidemic in our country; we weren’t educated about the dangers back then.”

Believed to be the first in Washington County to be granted a medical marijuana card, Harp says this is the third time he has attempted to wean himself from the opioids. He also says he owes his success to the passing of legislation in 2016 that created a constitutional right to use medical marijuana for individuals with certain “debilitating medical conditions” as determined by a licensed Florida physician.

Known as Constitutional Amendment 2, the measure received support from of 71 percent of voters — surpassing the 60 percent needed for passage and going into effect in January 2017.
“I didn’t really know how to [wean myself off] the first time, and the second time, I tried to self medicate with marijuana,” he said.

That second attempt resulted in an arrest by Washington County deputies in March 2016 because Harp was growing marijuana at his home. He would later be cited for cultivation of marijuana and other related charges.

“I honestly was just looking for relief from the pain,” he said. “I didn’t sell it; I just smoked a lot of it” because he had “had several heart surgeries and health problems (marijuana) was the only thing he found to give him some relief.”

With the passing of medical marijuana legislation, Harp was able to seek help from a holistic doctor in Panama City who helped him through the process of documenting his medical need for the drug so he could make application for the medical marijuana card.

Harp was then able to obtain marijuana in a legal form from Tallahassee-based medical marijuana dispensary, Trulieve.

While Trulieve offered different forms of administering the drug, Harp says he prefers a method which allows his to place a dose that looks similar to a grain of rice under his tongue.

“The overall change in my quality of life is amazing,” he said. “In addition to helping ease my pain, the medicine has made a real difference in my anxiety and digestive issues. I’ve even seen improvement to my dental health. It has changed my life.”

Harp said he is currently making a documentary to chronicle his journey.

“I am passionate about this and want to share my story,” he said. “I urge anyone who has a legitimate need for medical marijuana to learn a lesson form my experiences. Go through the proper channels, starting with a holistic doctor who understands that marijuana was made by God, while opioids were manufactured by man. Natural medication is the best for your body.”