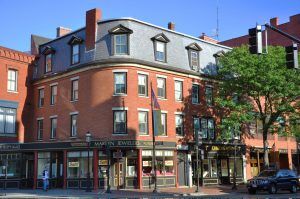 Massachusetts’ looming recreational marijuana market has the potential to be one of the most prosperous in the nation.

Under rules finalized this month, cannabis entrepreneurs face no license caps for an assortment of business categories, edibles and myriad other goods are permitted, and there are opportunities to build a brand.

But applicants seeking to set up shop when the Bay State’s adult-use industry opens this summer will face a gauntlet of requirements that have already derailed scores of aspiring medical marijuana businesses.

Of the roughly 275 businesses that have applied for MMJ licenses since Massachusetts voters approved medical cannabis in 2012, only 22 have opened. At least 50 applications have expired.

Recreational license applicants can expect more of the same, observers said, though these same hurdles could benefit entrepreneurs who can cross the finish line.

“We’re not going to see the downward pricing pressures as quickly,” he added.

“If there are 200 or so applicants, I would guess that the majority of those won’t get licenses, including some really sharp and smart operators,” said Kris Krane, head of 4Front Ventures, a cannabis consulting and investment firm in Boston that has several clients seeking licenses.

“I think we have a long time horizon here before we have any saturation issues.”

Adam Fine, an attorney who heads the Boston office of the Vicente Sederberg law firm, noted that numerous cannabis entrepreneurs have asked him if they’re too late to enter the Massachusetts market.

Fine always tells them “no,” because “I don’t think we’re close to being saturated.

“There’s still a tremendous opportunity for people to come in.”

While some entrepreneurs may be deterred by the municipalities’ restrictions, smart ones will see the bans and moratoriums as a benefit because they thin out the competition, Moskol said.

“At the beginning, that lack of competition may make our market attractive because you don’t have to worry that there will be a thousand pot shops,” he said.

Massachusetts’ adult-use market will have various license categories, such as growing, manufacturing and retailing, but it’s unclear which sector will offer the best opportunities.

Retail applicants will face much more difficulty getting their applications across the finish line than those from the manufacturing and cultivation sectors.

But once they’re licensed, retailers will have an easier time opening than manufacturers and growers, observers said.

“The upfront costs of a retail build-out are less relative to other niches,” Krane said, “but navigating the actual application process is a lot harder because you’re going to face a tough challenge at the local level.

“In contrast,” he added, “a manufacturing or grow facility will have an easier application process, but the outright costs of buying land and the build-out are much more expensive, especially in cultivation.”

Cultivators must also factor in a requirement that lighting at indoor grow sites over 10,000 square feet expend no more than 50 watts of energy per square foot.

While LED lights are less expensive to use than conventional lighting, they cost far more upfront.

And many cannabis industry professionals – including Fine and Krane – said LED lights don’t produce the same quality of flower as conventional ones.

Small growers have a built-in advantage over larger growers, Krane said, because they’re exempt from the lighting-efficiency requirement.

“The front-end costs are going to be massive (for larger growers),” he added, “and the quality is just not there yet.”

“It could change people’s plans or cause people to re-evaluate the way they’re going to go to market.”

One of the best opportunities for larger growers that decide to open in Massachusetts may be in the wholesale market, Krane noted.

“There will be quite a bit of wholesaling,” he said, “especially in the early days, because a lot of companies won’t have the money to build out.”

While retail and growing businesses will face pitfalls, observers see cannabis manufacturing as a promising niche.

“I think there is more opportunity in the manufacturing niche then in the cultivation niche, mainly because there is so much more product variation,” Krane said.

“Flower is flower. Most retailers carry 20 strains tops. (But) with infused products, you have a lot more variety in the types of edibles available, plus vape cartridges and the other products available.”

When the rec market opens, Moskol noted, there will be “plenty of room for brands in Massachusetts to establish themselves and gain a following.”

While some Massachusetts MMJ businesses have tried to develop brands, the program’s stringent advertising restrictions have hamstrung their efforts.

On the adult-use side, advertising is much less restricted, observers said.

“Branding will be an exciting part of the rec landscape,” said Fine, noting the Massachusetts market will be ripe for out-of-state companies.

“We’re starting to see a lot of licensing agreements, people coming in from Colorado, California, where they have established the brand,” he added.

“If you want to get your brand going on the East Coast, Massachusetts is the only place to do it right now.”