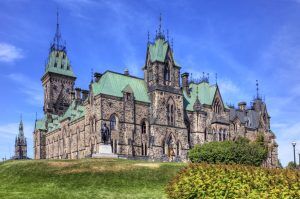 Ontario’s plan to lock private owners out of the retail recreational marijuana market may run counter to the nation’s objective for legalization, according to a new analysis of the province’s plan.

The province expects to sell recreational cannabis through 40 government-run stores this year, which will leave “a ton of room for the black market to continue operating,” Rosalie Wyonch, a policy analyst with economic think tank C.D. Howe Institute, told Marijuana Business Daily.

But Ontario still has time to rethink its plan and license privately run retail stores, he said.

According to the report, “This could take the form of entirely private retailing, as in Alberta.

“Alternately, licensed establishments could operate alongside government retail stores and deliver better market coverage faster than the crown corporation on its own.”

By contrast, Canada’s two most populous provinces – Ontario and Quebec – will rely on government-owned outlets in the first year of legalization.

Wyonch said the Ontario government’s plan is “detrimental” to the objective of legalization, which is bringing a large chunk of the black market into the regulated fold.

“The government is only hurting its own objectives and revenues by restricting private businesses and ensuring it’s not competitive with the black market,” she said.