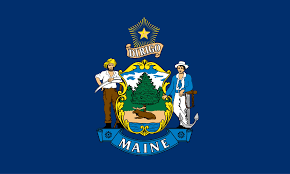 On Friday, Maine Gov. Paul LePage followed through on threats to veto legislation that would have started the process of implementing a regulated marijuana market that Maine voters called for when they approved Question 1 in 2016. The bill, which was supported overwhelmingly in the House and Senate, would have created rules for cultivation, processing, and retail establishments, as well as set tax rates for adult-use marijuana and delay marijuana social consumption lounges until summer 2019.

LD 1650 was the product of nearly seven months of transparent deliberations in the legislature that included input from a variety of stakeholders and concerned residents. Gov. LePage and House Minority Leader Ken Fredette (R-Newport) attempted to circumvent this legislation by introducing a bill to officially delay marijuana retail sales until 2019, but it was defeated in late October.

Gov. LePage has made a mistake by vetoing this legislation. Instead of a regulated and controlled system of marijuana cultivation and sales, Maine will continue to support the unregulated market. In 2014, the governor said he would implement a legalization law if approved by voters, but he has failed to uphold that commitment.

We call on the legislature to override this ill-advised veto. The bipartisan compromise bill proposed by the legislature will allow Maine to establish the regulations necessary to implement the will of the people as expressed last November.

In Massachusetts, Republican Gov. Charlie Baker campaigned against the marijuana legalization initiative last year. However, he respected the outcome and moved forward with implementation of the law. It is unfortunate that Gov. LePage has not done the same. Seven other states have passed legalization initiatives over the past five years, and none have seen this type of obstructionism from their governors.

MPP will continue working with our allies and the legislature to make sure Maine voters gets the legal and regulated marijuana program they called for last year.

UPDATE: Legislative attempts to override the veto failed. MPP is urging lawmakers to address the issue immediately at the beginning of the next session.