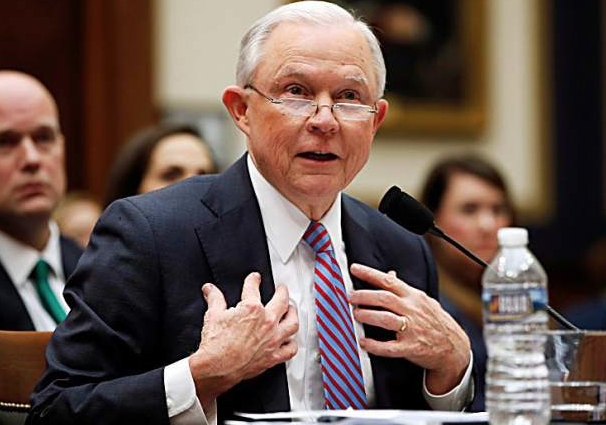 The Jan. 4 action spelled out in a same-day memo was spearheaded by the highest-ranking official at the U.S. Justice Department and framed as a “return to the rule of law.” However, it appears that the reversal will have little effect on Breckenridge or the way its existing marijuana dispensaries go about doing business.

In the memo, Sessions takes a hardline on marijuana and directs all U.S. attorneys to enforce current drug laws and follow “well-established principles” when pursuing prosecutions related to marijuana in the future.

“It is the mission of the Department of Justice to enforce the laws of the United States, and the previous issuance of guidance (under the Obama administration) undermines the rule of law and the ability of our local, state, tribal and federal law enforcement partners to carry out this mission,” Sessions said in a prepared statement released with the memo.

The federal reversal garnered the attention of Breckenridge’s elected leaders at the last town council meeting on Jan. 9, only five days after Sessions issued the memo.

Recommended Stories For You

“Nothing,” Berry replied flatly. “Just keep on keeping on.”

During the meeting, Holman broached the topic, and Berry sat in the audience ready to answer any questions council might have.

In response, Burke said he wanted to know if the town planned on following the state’s lead in defending its marijuana sales or to start abiding by the federal law that prohibits them.

“So are we, as town, going to go after these shops?” Burke asked at one point, and a chorus of nos quickly came over council chambers.

It was hard to tell exactly how many people answered Burke’s question or who they all were, but Berry’s voice was among them, and they were all in agreement.

“We’re going to do what we’ve always done,” Berry clarified. “This thing is really in flux, but at this point, it appears to be business as usual from our end.”

Sessions’ memo is largely seen as more posturing than it is actual policy. Still, Sessions reiterated in it that, per federal statutes, “marijuana is a dangerous drug” and any pot-related activity still constitutes “a serious crime.”

The shift in federal guidelines was met with almost immediate criticism from Colorado’s lawmakers, including U.S. Sen. Cory Gardner, chairman of the National Republican Senatorial Committee.

“This reported action directly contradicts what Attorney General Sessions told me prior to his confirmation,” Gardner tweeted out shortly after the memo became public. “With no prior notice to Congress, the Justice Department has trampled on the will of the voters in (Colorado) and other states.”

According to the Denver Post, Gardner met with Sessions on Jan. 10 to try to hammer out a compromise. Neither was willing to budge, however, and Gardner is now looking for a legislative solution.

Breckenridge’s marijuana dispensaries can do anywhere from $420,000 up to $1.3 million in monthly sales, depending on the season.

It remains a small fraction of the town’s overall sales tax collections, but as the town finance officials have previously said, a higher percentage of every dollar spent at the local dispensaries goes into town coffers than does from the sale of any other service or commodity.