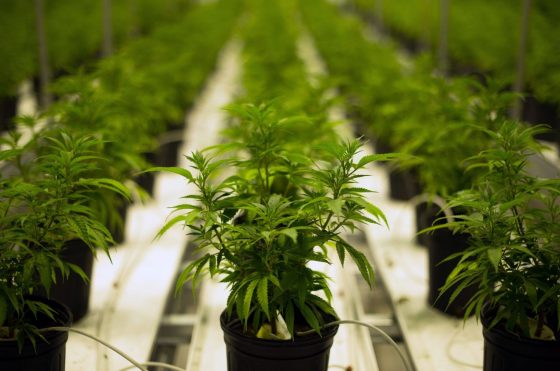 Gold producers are doing everything they’re supposed to be doing — squeezing more profit out of mines, penny-pinching on projects and resisting the kind of big deals that got them into trouble when prices fell.

While that’s satisfying their large institutional shareholders, it’s not enough to lure more general investors drawn to flashier electric-vehicle commodities, as well as to stocks riding the marijuana and cryptocurrency booms.

Large producers such as Barrick Gold Corp. and Goldcorp Inc. surged in 2016 as they emerged from a multi-year downturn. Since then, they’ve largely decoupled from bullion, which has continued to rise, and are trading at the cheapest versus the Dow Jones Industrial Average in more than a year. Investors seeking gold exposure are preferring exchange-traded funds, all at a time when money is pouring into lithium and cobalt companies that have plugged into the rechargeable-battery rush.

That’s the message from the BMO metals and mining conference, where 1,400 bankers, miners and investors have gathered over four days of meetings hoping to find opportunities.

“Right now, gold has been so boring and asleep that nobody cares,” David Harquail, chief executive officer of precious-metal royalty and streaming company Franco-Nevada Corp. and chairman of the World Gold Council, said in an interview from the conference in Florida. “It’s the first time, even my schedule isn’t filled.”

The odd mid-sized deal aside, participants say interest in gold mergers and acquisitions remains lackluster, with large players still not ready to do big deals even as their reserve life shrinks, and capital still tight for small explorers and developers.

Asked why gold companies aren’t capturing more of gold’s move higher, Harquail referred to the lack of commodity-specific funds in the space. “There’s really no precious metal funds of size left because the performance has been so poor,” he said. “The only place that has real money is the generalist funds. ”

The dearth of M&A is indicative of lack of growth presented by gold companies, said Pierre Lassonde, the chairman of Franco-Nevada. He thinks this will persist for another 12 to 18 months, at which point investors will demand growth. But for now, the gold price has “gone nowhere” over the last five years and there are plenty of other flashier commodities attracting generalist interest.

“While you’ve had the cryptocurrencies, you’ve had cannabis, you’ve had all kinds of industry exploding and the gold price flat, it’s like watching paint dry. Why would anyone get excited?”

Interest that was once focused on gold has shifted to so-called battery metals this year.

Last week, Milewski said his company was in talks with multiple parties interested in securing cobalt supplies, including battery makers, automobile manufacturers and Chinese conglomerates. On Tuesday, he said industrial and trading companies are also starting to invest directly in Cobalt 27 equity. Meanwhile, increasing numbers of investors are interested in buying shares as “a proxy for adoption of electric vehicles.”

Both Barrick and Newmont, the top two gold producers, said they are feeling no pressure from large investors to make big acquisitions. Newmont CEO Gary Goldberg has previously talked about the need to attract more generalist investors through dividends.

“The generalist investor is not quite back yet but we’re starting to get nibbles,” said Egizio Bianchini, the outgoing co-head of global mining for BMO Capital Markets, who has led the conference since its inception 27 years ago.

Still, that’s nothing compared with the mood surrounding electric-vehicle commodities, said Bianchini, who is leaving the bank to become vice chairman of Ivanhoe Mines Ltd., the Vancouver-based miner formed by billionaire Robert Friedland. “The new-age metals lunch was packed. We did Battery 101 on Sunday and had over 400 people.”

A friend of Bianchini’s for more than 30 years, Friedland has long said that electric vehicles have the potential to upend the balance of power between mining companies and customers, while driving demand.

While investors center their attention on giant tech stocks, along with companies riding the bitcoin, marijuana and electrification booms, “gold will have its day,” Bianchini said.